"Current policy settings differ markedly from the economic opportunity previously provided as the result of the development of Maui and the Government's investment in critical infrastructure," Hooper said.

The offshore Taranaki Maui field, when discovered in 1969, was one of the eight biggest gas fields known at that time, with over 3 trillion cubic feet of recoverable gas.

Hooper said the only barriers to developing oil and gas discoveries in New Zealand were financial.

"On a world scale, New Zealand has exceptional resources - what limits their exploitation is our appetite to do so," he said.

Failure by the Government to provide an adequate policy to encourage investment in reserves replacement had created the risk of reserves depletion and supply shortfalls, he said.

"We must look to optimising the value opportunity from our known and inferred energy resources," he said.

"Appropriate policy settings will function as a driver for ongoing investment in ensuring strategic reserves capacity.

Hooper said the Tui Area oil fields had been developed quickly and were already earning hundreds of millions of dollars in foreign exchange. Largely because of Tui, total New Zealand liquids production for 2008 was predicted to reach 28 million barrels.

"New Zealand has reason to be optimistic about its oil future - there is still excellent potential for world class oil fields to be found," he said.

"But New Zealand may well consign itself to having been a one-trick pony as a result of poorly directed Government policy."

World cannot have both in current geopolitical turmoil 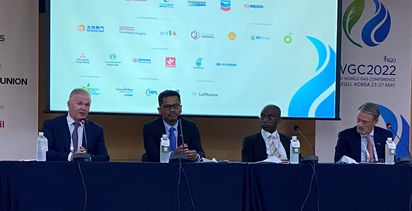 Europe on edge while Nord Stream pipeline is down: Rystad Energy