"The government has done a pretty good job generally. It has one of the most benign financial regimes in the world, which is both flexible and stable, although there are still a number of incentives it could consider at the margins of economics, fine tuning," Taylor told EnergyReview.Net.

"But direct government intervention? That would be an absolute disaster. A far better solution lies with the industry at large."

Taylor, who returns to Australia next year "after a short sabbatical", said further commercial oil and gas discoveries would go some way to changing New Zealand's perceived "poor prospectivity".

However, there would always be the "tyranny of distance" and high mobilisation and demobilisation costs for offshore drilling. "How do we solve that? By more industry co-operation, with an emphasis on value creation rather than value division, value destruction.

"The secret to success is co-operation and there are opportunities here for mid-sized companies such as Apache. There is one big company, Shell, and a number of small players but the middle ground needs to be occupied so we can have that continuity of activity and a sustainable future."

However, one thing the government could do, through Crown Minerals, would be to more strictly enforce work programs and work program commitments, Taylor added.

"It's easy to bid for a licence with a promise of a well in the third or fourth year and then pull out before making such a commitment. In Australia, offshore, you are held to your commitment and judged by that commitment, with a black mark against your name if you don't fulfill your obligations."

"While I admit deep gas has not been fully evaluated in New Zealand, it's a technically complex, risky and very expensive game.

"Gas in place is not reserves; while there may be enormous volumes in place, are they economically recoverable at current or foreseeable gas prices?

"I remain somewhat skeptical, and there is certainly no Shell endorsement of Cardiff," said Taylor, referring to Bennett's statement that the onshore Taranaki Cardiff field could contain 1 tcf or more of gas.

"I think the debate about the relative merits of deep gas versus LNG is healthy, though. The industry needs healthy debate and not naïve belief that somehow sufficient gas will be found."

Last month Bennett said Cardiff, the more eastern Akama and offshore Orca and Humpback prospects/plays together had the potential to contain several tcf of gas. James said NGC's "market intelligence" showed there were hundreds of Petajoules of gas, at the P50 level, waiting to be developed. 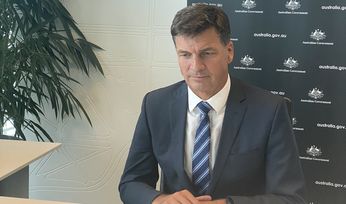