“Although good quality oil and gas shows were recorded in the wellbore, no significant reservoir zones were encountered. The well, therefore, has been plugged and abandoned,” he said.

However, TAG had been encouraged by the high-quality oil shows struck while drilling and believed encountering thicker sandstones in the area would have proved successful, according to Cadenhead.

The agreements were signed in exchange for granting a gross over-riding royalty position to each company in the respective permits.

Cadenhead said TAG would take over as operator of all the new permits, allowing it to control the pace of operations and assume all technical work.

The new permits adjoined or were very close to existing TAG acreage, including land offsetting the recent Supplejack-Supplejack South discovery in licences PEP 38741-765.

TAG is presently testing Supplejack South-1A, which targeted a 'sweet spot' roughly 700m from Supplejack-1, on a sole-risk basis and is expected to announce results of that program soon.

”We are pleased to continue to build our land base within the core of our focus areas, following on the heels of our Supplejack discovery," Cadenhead added.

According to the Crown Minerals website, the Ministry of Economic Development unit expects TAG to drill wildcat wells in each of the licences over the next few months – by next month in PEP 38767, by July in PEP 38732, and by August in PEP 38745.

Another NZ well bites the dust 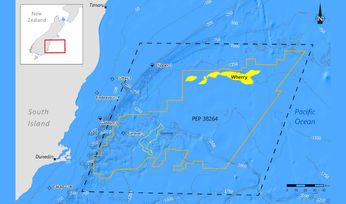 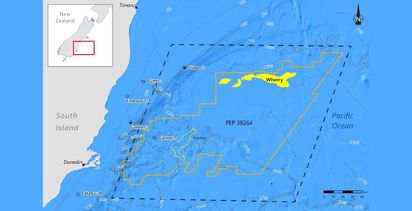