THIS weeks storms that buffeted much of New Zealand means nearly all the vessels involved in the $US245 million ($A318 million) Tui oil project, except the Ocean Patriot rig, are sheltering in Port Taranaki, New Plymouth, waiting for fairer weather. 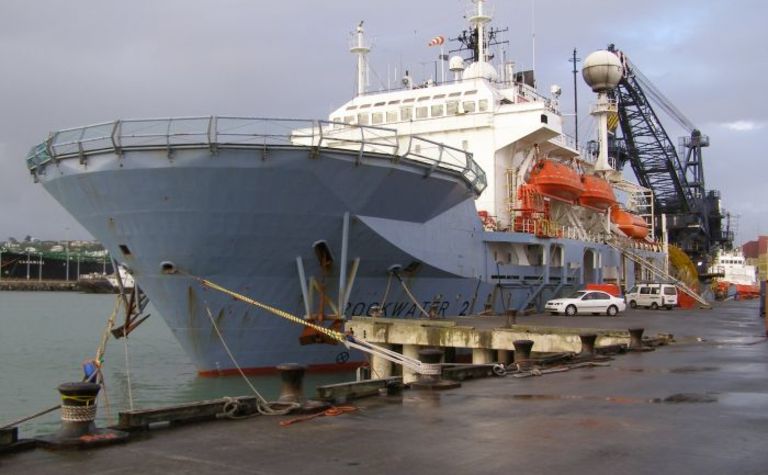 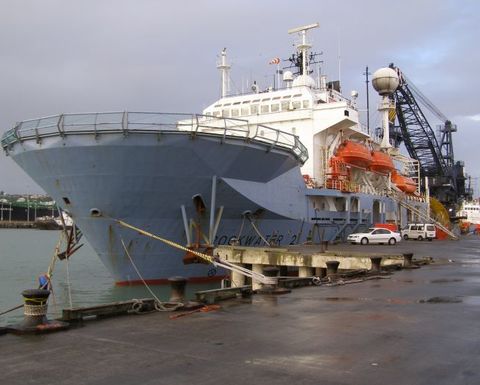 Sea swells of 6m or more off Taranaki since Tuesday have so far prevented the specialist dive support vessel Rockwater 2 from installing the remaining two 560-tonne mid-water arches.

The Far Grip and Pacific Wrangler, the Ocean Patriot’s support vessels, are also in the New Plymouth port.

The Rockwater 2 and another specialist vessel in port, the heavy cargo ship Daniella, are also due to lay the Tui flexible pipelines and umbilicals.

The Rockwater 2 last year installed the Pohokura platform’s moorings, risers and other associated equipment, as well as performing the subsea tie-ins.

Tui operator Australian Worldwide Exploration earlier this week said all of that project’s major construction components had been manufactured, most had been delivered to New Plymouth, and installation of the facilities was underway.

The anchors and chains for the FPSO Umuroa, which arrives from Singapore next month, have been pre-installed, while two of the four mid-water arches, the most weather-sensitive installation activity, were installed during last week’s favourable weather window.

The heavy seas have also prevented specialist rock dumping vessel Pompei from continuing to lay 30,000 tonnes of more of rock on the floor of the Tasman Sea to form a “mattress” for the $NZ980 million ($A870 million) Kupe project’s products pipeline and umbilical.

The Pompei arrived at the New Plymouth port earlier this month and has already completed several of the many trips needed to lay the mattress – about 8m wide and a 1km long – over a boulder field that lies a short distance offshore from where the onshore Kupe production station is being constructed for operator Origin Energy and its partners.

The rock-dumping project will ensure the pipelines lay flat on the seabed, not suspended above it, adding stability to the products pipeline and umbilical –particularly important given Taranaki’s weather and sea conditions that can be worse than the North Sea.

The mattress is being laid close to shore, immediately before the horizontally directionally drilled (HDD) holes under the south Taranaki cliffs to the production station site a few hundred metres back from the cliff top.

Fine settled weather could see the Pompei complete its job by late April. However, continued rough seas could prolong project completion until June, as the Pompei can only work in sea swells of 1.5m or less.

The Pompei is the third specialist rock-dumping vessel to work on oil and gas projects in Taranaki waters. 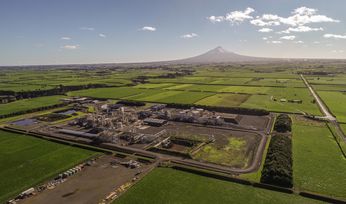 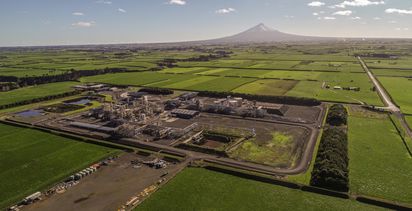