Australia's oil minnow's and juniors have been taking the spotlight away from their more cash advanced major rivals recently with a series of smaller, profitable discoveries around the Cooper/Eromanga and Perth Basins. Now the shoe has upped and changed feet with Santos confirming that its joint venture partners have given final approval for the $480 million development of the Mutineer-Exeter oil fields in the Carnarvon Basin, offshore Western Australia. 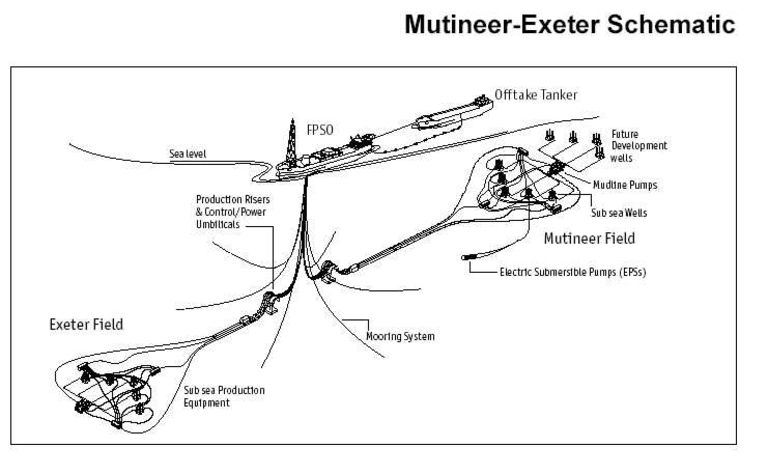 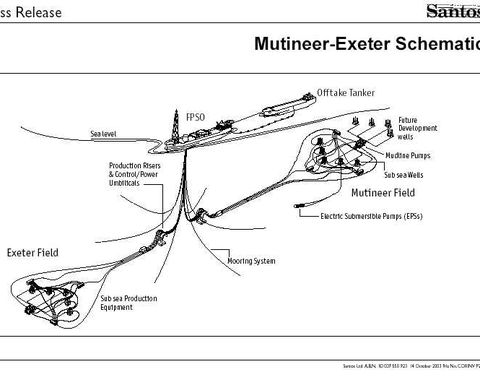 While Janet Hann was briefing the Perth Petroelum Club audience last night, Santos managing director John Ellice-Flint was unveiling the official sanction of the project in New York at the same time.

The project will be one of Australia's largest oilfield developments in nearly a decade with initial production forecasts for a daily rate of 70,000 to 80,000 barrels of oil per day (bopd), building up to 100,000bopd.

The proven plus probable plus possible (3P) reserves move the figure up to 169 million barrels while the companies will test nearby prospects while drilling the development wells.

If successful, this drilling could extend the fields' lives beyond 10 years.

The fields will nearly double production and revenue for the Adelaide-based Santos, with its share of the new project equal to its current annual output of 12 mmbbls.

"It is another company-building development for us, following only four months after the formal approval for another Santos cornerstone project - the LNG stage of the Bayu-Undan project in the Timor Sea," said Ellice-Flint.

"Oil production from the Mutineer-Exeter development will provide Santos with a significant boost in oil production and revenue."

The Exeter and Mutineer fields are located about 10km apart, and will require the drilling of up to seven sub-sea wells for development with drilling scheduled to start in the first quarter 2004.

Installation of the mooring systems for the Floating Production Storage and Offtake (FPSO) facility and sub sea infrastructure will occur prior to the FPSO arriving at the location.

The FPSO, which will be a converted double-hulled tanker, will be moored on a disconnectable turret system about 3.5km south of Mutineer. The mooring system, as in other North West Shelf developments, is disconnectable to allow the FPSO to move off location during tropical cyclones.

Santos and its joint venturers has a tender out to bid for asn FPSO on a supply, own and operate, performance-based service agreement. This service agreement represents an estimated equivalent present cost of around $285 million for the facility over the most likely term. Full award of this contract will be finalised within days.

The FPSO facility service agreement has an estimated present cost of around $285 million.

Reserves and production rates will be confirmed during development drilling. Production volume forecasts are also subject to the precise start-up date, field performance and the other factors affecting new oil developments. 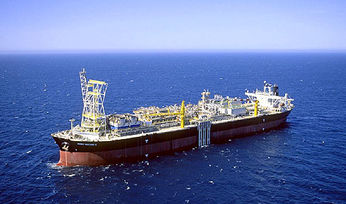 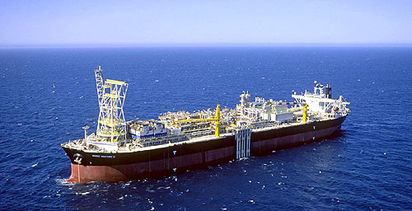