The results of a $350,000 study into the effects of industrial emissions on Aboriginal rock art on the Burrup Peninsula are hoped to rationalise some of the emotive arguments being used to delay industrial development in the area.

WA State Development Minister today announced the study saying the Government understood the importance of the rock art located on and around the Burrup and the study will scientifically investigate claims that emissions from industries currently located on the Burrup are affecting it.

The study would be overseen by a management committee, which would include senior scientists from Government, with expertise in chemistry, microbiology, rock science and atmospherics, as well as experts from the WA Museum.

The Minister said that while the Burrup industrial precinct was of vital economic importance to the local, State and national economies, the Government appreciated the cultural and heritage value of the rock art.

"Woodside, Hamersley Iron and Dampier Salt directly employ about 2,300 people, and last year contributed over $640million in royalties alone to State and Commonwealth finances," he said.

"This makes the Burrup one of the engine rooms of the Australian economy."

The study would: monitor emissions from industry; identify impacts on the rock art; set up a database from which to determine the impact of future industrial activities; and identify potential mitigation measures, if necessary.

Studies would include monitoring 10 sites, four times per year, for: pH of the rocks and the soil, both surface and extractive values; weekly temperature and relative humidity profiles of the site; plate counts of the number of yeasts, moulds, fungi and bacteria; and colour of reference points on the rock surfaces as recorded by a chromameter.

Brown said the Government retained its position that evidence was yet to be provided that proved industrial emissions from existing industry on the Burrup were harming the area's rock art. 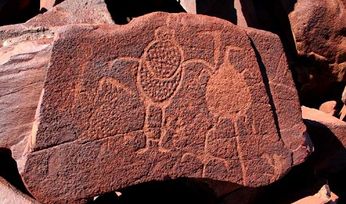 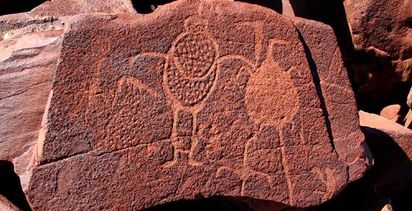