Victoria will be the major benefactor from a decision to proceed with Phase 1 development of Australias newest major gas operation, the giant Otway Gas Project in offshore Victoria. 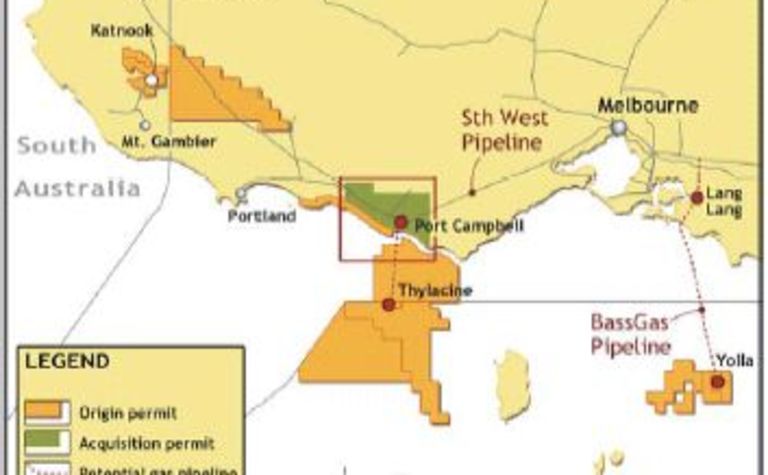 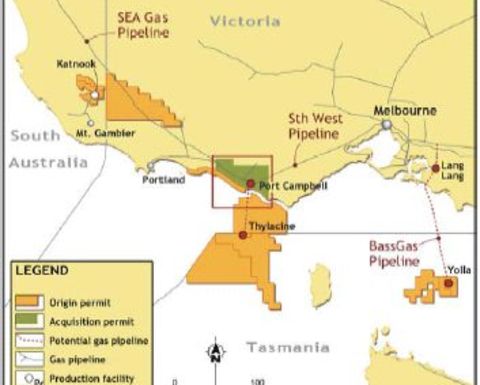 The decision of the joint venture partners initiates a three-phase $1.1 billion development that will encompass the Thylacine and Geographe gas fields in the Otway Basin, which have combined Proved and Probable (2P) reserves of 885 petajoules of sales gas, 1.7 million tonnes of LPG and 12.2 million barrels of condensate.

Phase 1 of the project involves the investment of $810 million to develop the Thylacine gas field, located 70km south of Port Campbell, Victoria, in a water depth of 100 metres.

This phase will include an unmanned offshore platform at the Thylacine field, offshore and onshore pipelines, and a new gas processing plant to be built next to the existing Iona gas facility, 6km north of Port Campbell.

Planned annual production from the plant is 60 PJ of sales gas, over 100,000 tonnes of LPG and over 800,000 barrels of condensate. The Geographe field, located 15km north of Thylacine, will be connected to the main offshore pipeline in a later development phase.

State and Commonwealth Government environmental approvals have been obtained and the joint venturers have received notices of intention to grant production licences over the fields.

Technip Oceania Pty Ltd has already been awarded two major contracts. These are for the engineering, procurement, installation and construction of the onshore gas processing plant and onshore pipeline, and the offshore platform facilities. The offshore pipelay and subsea tie-in contract has been awarded to Allseas Construction Contractors S.A.

The horizontal directional drilling shore-crossing contract has been awarded to DrillTec Australia Pty Ltd. The remaining major contract in the process of being awarded is for the drilling of production wells. Other materials and service contracts will also be awarded during the construction phase.

“Origin is pleased to have secured contracts for the off-take of gas from CalEnergy and Benaris, as well as Origin’s own equity gas. This will add significantly to the long term competitiveness of Origin’s gas supply portfolio for use in its Retail and Generation businesses in south-eastern Australia,” said Origin Energy managing director Grant King.

“The development of the Thylacine field also provides an infrastructure hub into which future discoveries may be connected. Origin looks forward to a long commercial life for this development and to an exciting exploration program in the future.”

Six development wells to be drilled over coming months 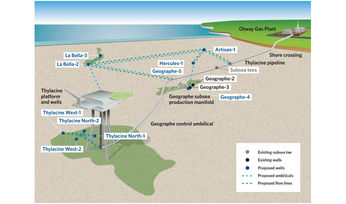 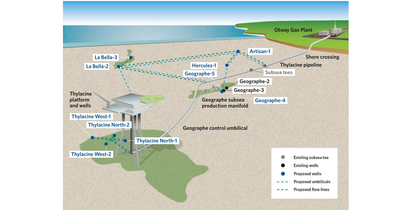