OTTOMAN Energy Ltd has negotiated farmin agreements and licence applications for two additional offshore oil and gas projects in the Philippines, following up the acquisition in March of a 50% interest in SC 50 covering the Calauit oil fields in the offshore Palawan Basin.

“The southern block is undrilled but seismic demonstrates a number of well defined large structures with amplitude anomalies adjacent to onshore oil and gas occurrences.”

The minimum work program consists of 250 km of seismic over the Cebu Straits block and an engineering study of the Villaba -1/1 St wet gas discovery in the Leyte block. The seismic program in the Cebu Straits is scheduled to commence in late June 2005. Ottoman’s commitment to the East Visayas Basin program is 50% of pre-drilling costs, with drilling due in the second permit year. If Ottoman elects to proceed to the drilling phase its commitment will be 50% of the first well and ground floor thereafter.

In the south-west Palawan Basin Ottoman has acquired a 42.5% interest in another licence covering two ultra-deep offshore blocks totalling 9,150 square kilometres in 1800 to 1950 meteres of water.

This acreage includes the Marantao reef prospect, which if it contains hydrocarbons could be Philippines largest field, according to Ottoman. Marantao could be up to five times larger than the Philippines largest existing oil and gas field, Malampaya, which contains 200 million barrels of recoverable oil and 3.5 trillion cubic feet of recoverable gas.

Ottoman and AustralAsia will make a 50/50 contribution to the financial and work commitments for the two farmin and new licence applications.

The East Visayas farmin involves a signature bonus of US$50,000 and a training commitment of US$20,000 per annum. Work and financial obligations include US$200,000 for a 250km seismic study to be done within the first 18 months and a Villaba-1 gas discovery engineering study. If the partners decide to proceed, Ottoman and AustralAsia will fund the drilling program 50/50.

The ultra-deep offshore farmin, involves a signature bonus of US$50,000 and a training commitment of US$20,000 per annum, as well as a refund of past costs to Trans-Asia of US$200,000. Work and financial obligations include US$400,000 for a 400km seismic study to be done within the first 18 months, as well as seismic, gravity and magnetics reprocessing and interpretation, and geotechnical synthesis.

Both licence applications are subject to award by the Philippines government, which is expected in June.

Meanwhile, work has begun at the Philippines propsect Ottoman bought into in March, the Calauit oil field project.

Calaluit is is a Service Contract (SC 50) in the offshore north-west Palawan Basin. The 5000 square kilometre lease hosts the North and South Calauit oil discoveries, which lie in shallow water.

“The Calauit Fields contain proven oil reserves and lie on the Palawan trend regarded as the most oil and gas prospective in the Philippines,” Otooman said.

“The SC 50 (Calauit) Joint Venture has completed the seismic and well data acquisition phase required for detailed reservoir studies to provide an optimum drilling direction for sub-horizontal wells in the Calauit oil reservoir. As part of the study, Exploration & Production Consultants (Australia) will provide a certified recoverable reserves report for both Calauit North and South oil accumulations.”

A rig is expected to be available by the end of the third quarter.

More gas acreage up for grabs in Queensland 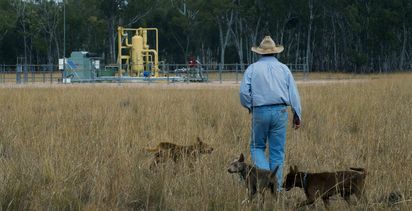