ANOTHER two Australian companies  renewable energy specialist Novera Energy, and Elixir Petroleum  are moving to list on the Alternative Investment Market of the London Stock Exchange.

Novera expects to be admitted on 9 June. It is aiming to raise £5.5m pounds (A$13.7m) from European and UK investors through its AIM prospectus while retaining its ASX listing.

Novera is a renewable energy company, with assets in the UK and Germany and has two divisions – the arm that owns alternative energy assets, owned on a 50:50 basis with Macquarie Bank (Novera Macquarie Renewable Energy), and a wholly owned project origination and development arm.

The main purpose of raising is to provide equity funding for new investments, according to Novera.

“Through the combined efforts of Novera and Macquarie’s development teams, Novera expects a strong flow of new investment opportunities to be identified and presented to the NMRE joint venture over time,” the company said in a statement.

Novera will also undertake continuing development work on UK wind sites secured earlier this year. Each project that achieves planning success and reaches financial close will be 100% owned by Novera.

In waste biomass, Novera intends to focus on the UK market to complete the development of the first biomass project incorporating the Enerkem Technology then position itself to exploit the opportunities for additional projects in the UK.

“Novera’s strategy outside the UK, in the short term, will focus on acquisitions of established wind assets in Germany or projects to be constructed that have obtained relevant planning approvals,” the company said.

“NMRE will evaluate the Germania wind assets of 47MW in total that are held under exclusive option. Further markets within the EU, including Spain, France and Italy, will be considered as prospective regions for investment as and when new opportunities are

Novera's 50 per cent owned subsidiary currently has 137 MW of assets across its renewable energy portfolio, with growth in assets anticipated this year through a three phase acquisition program.

Meanwhile Elixir Petroluem has announced the completion of a successful share placing to European and Australian institutional investors in conjunction with the company’s application for AIM listing. The issue of the new placing shares is conditional on AIM admission.

“The net proceeds of the placing will fund the company’s exciting multi-well exploration program in the UK North Sea comprising participation in a minimum of five potentially high-impact wells over the next two years,” the company said .

Starting with an interest in one Promote Licence (Block 21/6b) at the time of the Australian IPO last July, Elixir’s portfolio has expanded very significantly to now encompass interests in seven licences across 11 UKCS blocks.

Identified prospects within these blocks have been assessed by an independent expert to host mean estimated unrisked resources totaling 353 million barrels (Elixir’s net share), if hydrocarbons are present.

Over the next two years, an active drilling program will target these prospects.

The company’s first well on the Marquis prospect in Block 21/6b (Elixir 15% interest) is scheduled to spud around 1 July. The well operator and farminee, Century Exploration International, has contracted a semi-submersible drilling rig and is undertaking all necessary preparatory work. Marquis is planned to be drilled to a total depth of 2,000m and should take around 18 days.

Elixir said it anticipated that admission would occur next Monday, 16 May. The company’s ordinary shares will then be dual-listed on the Australian and UK stockmarkets.

All according to plan 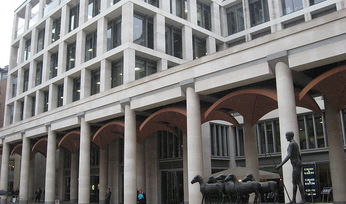 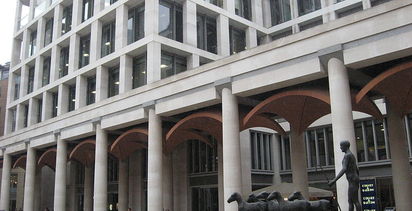