FORMER White House official Phillip Cooney, who has recently drawn flak over revelations he edited reports to paint climate change as a negligible problem, has taken a position with oil giant Exxon Mobil after leaving the White House for family reasons.

Cooney, formally chief of staff of the White House council, was caught by the New York Times substantially editing documents on climate change prepared in 2002 and 2003 for the US Administration.

His edits, revealed through freedom of information laws, appeared to change the tone of the documents to cast doubt on the science linking greenhouse emissions with climate change, a position adopted by US president George Bush in opposition to his counterparts in the majority of developed nations.

In the aftermath of the allegations Cooney took leave from the White House for “completely unrelated” reasons. Exxon Mobil has now announced that Cooney would be leaving the administration permanently and taking a role in the oil giant later this year.

Exxon, a significant global producer of greenhouse gas, has argued vocally against the science of climate change and is openly sceptical that greenhouse emissions can cause dramatic shifts in global temperature.

Exxon has declined to comment on Cooney’s new position but said it has no relation to the recent disclosure of his role in editing the administration documents.

The Bush administration has also been embarrassed by the recent leaking of briefing papers given to US under-secretary Paula Dobriansky where the administration thanks Exxon executives for their “active involvement” in helping determine climate change policies and seeking advice on what future policies the company would find acceptable.

"We're not the extremists" 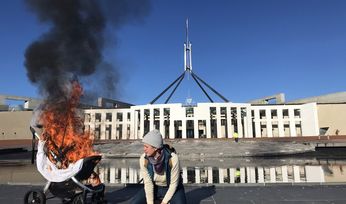 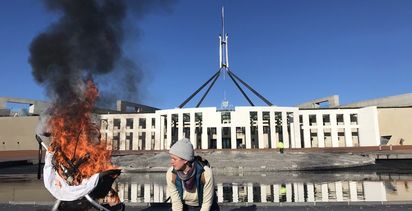