EVERY wild party ends with a hangover, but its awfully hard to think about the after-effects when someone has just handed you another tequila slammer.

If you’re wondering why Slugcatcher is reminiscing about a great Saturday night, think again. The party he’s referring too is the one being enjoyed in the oil patch, where no one seems to be thinking about what a price of $US60 a barrel, and more, means in the long term.

For a glimpse of the future after the party, come with The Slug for a trip to a few exotic places where oil is producing similar effects to a gallon too much tequila in the punchbowl.

Let’s start with Mauritania. Why? Because that’s where a slow, awful, truth is starting to dawn on all those people who said this is a wonderful little country, which just happens to have a few ethnic problems.

Chief cheer leader for things Mauritanian has been Woodside Petroleum, closely followed by Hardman Resources. These two companies are responsible for the Chinguetti development which is about the turn on the spigots.

Last August, Mauritania had a small revolution. It’ll be okay, said the chaps at Woodside and Hardman, nothing has changed... it will be business as usual.

Well, it comes as no shock to The Slug, even if it has to others, that a lot changes when governments change, especially when the change is made at the barrel of a gun.

Suddenly, the government of Mauritania wants a little bit more from oilfield developments. How much? Well, we’ll have to wait and see, but there is no doubt that the sight of oil companies making massive profits from the natural materials of “their” land is causing an outbreak of nationalism, patriotism, and good, old-fashioned greed.

The same thing, with variations, can be seen around the world. Governments of all colours are looking at the oil price, figuring out that profits like that reported recently by ExxonMobil, Shell, Chevron and the other majors, constitutes a game changing event.

And, if governments haven’t yet worked out that super profits are being made, and that there’s scope for the revision of a production-sharing contract, then the dodgy boys with guns have.

Nigeria is the second country The Slug would like his reader to visit. It is here that a variation on the blackmail theme being propagated in Mauritania can be witnessed. In fact, the Nigerian approach is much more pure when it comes to judging the quality of the blackmail.

In the Niger Delta it’s a case of take a few hostages, preferably oil company employees, and demand a large ransom – blackmail at its best (or worst, depending on your view).

Elsewhere in the tropics but on the other side of the Atlantic, Venezuela is performing a similar trick in the name of righting historic wrongs. Bolivia looks like doing the same. As far as The Slug can see the wrongs being righted appear to date back to around 1520 when Hernando Cortez and a few of his Spanish mates did nasty things to the Aztecs, triggering the colonisation of South America.

The problem with oil at $US60 a barrel is that is does the same thing to the human brain as tequila at $US2 a bottle – in both cases it represents too much of a good thing.

If strange happenings in exotic places do not convince you that a game-changing event is underway in the oil business because of high prices, then visit the home of western civilisation, Europe.

If tropical punch can deliver a mean hangover, so can a Black Russian.

A cold winter across Europe has shown Russia just how strong its hand is when it comes to gouging out monstrous profits from its gas customers. In fact, the Russians have shown a variation on the Nigerian negotiating technique – pay up, or we do one of two things to your gas supply: cut it off (in the case of Ukraine) or blow it up (in the case of Georgia).

What makes all this really interesting is when you apply the “peak oil” debate to these events because what you see today is likely to be magnified tomorrow.

Ahh, to live in interesting times, as the Chinese curse so aptly says. 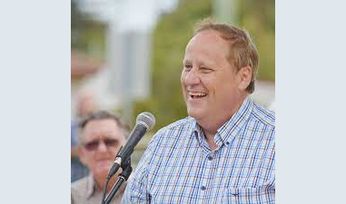 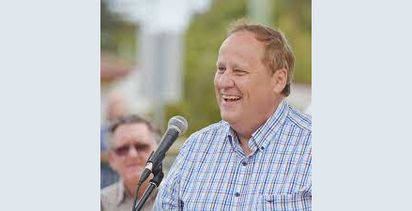