UNDER a new deal, Alinta Infrastructure Holdings (AIH) could provide up to $140 million worth of gas transportation services to TRUenergys proposed gas-fired Tallawarra Power Station in New South Wales.

The memorandum of understanding also includes an option for Alinta to provide transportation services for TRUenergy’s NSW retail gas business.

AIH CEO John Cahill said the MOU was a significant step in achieving the company’s growth objectives on the Eastern Gas Pipeline.

“We expect gas-fired power projects, such as TRUenergy’s Tallawarra project, to be a key growth driver for gas usage in the future and AIH is well paced to participate in this growth.”

The Tallawarra MOU is subject to the power station receiving final approval by TRUenergy by mid this year. If successful, the deal could see Alinta receive $97-140 million in revenue over nine years, from when the power station starts up in 2008-09 to 2017.

Meanwhile, an option over firm forward gas transmission for 2006 and 2007 could result in about $7.5 million of additional revenue to AIH. Under the Retail MOU, AIH would supply available gas transportation services to TRUenergy from this year until 2017.

Under the respective MOUs, AIH has offered TRUenergy the option to extend the agreed terms for a five-year period beyond 2017, subject to available capacity.

Commissioned in 2000, the 795km Eastern Gas Pipeline transports 65PJ of gas per year from the Gippsland Basin in Victoria to markets in Sydney and regional centres along the route.

Biggs to push onshore projects in Aus, while Donald to oversee growth in Spain 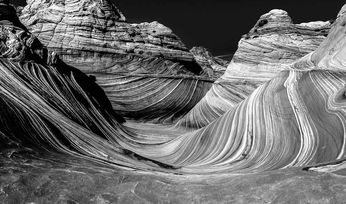