MARION Energy and Odyssey Energy say they have significantly expanded their Jester-Bloomington interests in Oklahoma and announced two successful wells at the project.

Marion today said it had signed a letter of intent to acquire 16,000 gross acres in the North Bloomington and Willow fields in Greer and Beckham counties, adjacent to its existing Jester-Bloomington project.

The company will retain a two-thirds interest in the new acreage while partner Odyssey Energy will take one third.

Settlement of the $US2 million ($A2.6 million) purchase, with about $1.2 million net to Marion, is expected to be finalised in the December quarter.

Marion said there are 53 wells on the acreage, most of which are shut-in and/or require remediation and the producing wells have a combined existing production rate of 200 million cubic feet per day (MMcfd) of gas net to the acquisition.

The acquisition includes compression facilities and 136km of pipeline and gathering system on both Marion’s existing acreage and the newly acquired acreage with a six-inch line tie-in to the interstate pipeline.

“This gives the company direct and immediate access to the natural gas market,” it said.

The company has also increased its acreage position in its existing portion of the growing play to about 8000 gross acres, with a 33.3% interest, and said it is continuing to add to this position.

Odyssey will also acquire a 33.3% interest in the assets.

Meanwhile, Marion said it had re-entered two wells, Travis-1 and Houck-1 at Jester-Bloomington, which were drilled in 1959 and shut-in in 1998.

Travis-1 was placed on an initial 24-hour test and achieved a stabilised flow rate of 280MMcfd of gas after water had been removed from the well bore, it said.

Houck-1 underwent the same testing process and reached a stabilised flow rate of 750MMcfd of gas over a four-day period.

The wells are expected to be brought back into production and begin generating revenue and cash flow in the December quarter.

“Given that these rates are as high as or higher than the original production rates, it is possible that the reservoir in this area of the field has recharged and it is likely that the initial 160-acre spacing was not small enough to efficiently drain the reservoir, leaving most of the original reserves in the ground,” Marion said. 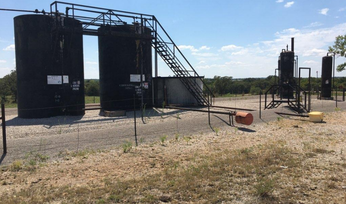 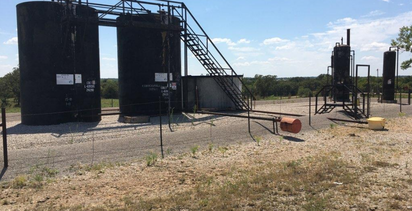 Odyssey gives up on 'black gold' in favour of gold