AFTER reading Slugcatcher yesterday, oil and gas journalist and industry historian Rick Wilkinson wrote in to set the record straight on the origins of the Gorgon gas field's name.

Gorgon was originally named by WAPET in the 1970s (well before Woodside’s Perseus and the name game) after a reef offshore from Onslow called Gorgon Patch.

The reef, in turn was named many years ago (1930s/40s) after a coastal vessel belonging to the Western Australian Steam Navigation Company called Gorgon that ran between Singapore and ports like Derby and Port Hedland with cargo from Europe.

It may well be that the ship was named after the Greek mythology – but the gas field wasn’t, not directly anyway.

The article told how during the second half of World War II the MV Gorgon carried troops to New Guinea.

After the war, the MV Gorgon and its sister ships, MV Gorgon and MV Gorgon, returned to carrying passengers, general cargo, sheep, wool and cattle on a run between Singapore and the northwest WA ports.

"They were of the Blue Funnel Line, owned by Alfred Holt and Co. of Liverpool," WAPET World reported.

"The officers were British and the crew Chinese and Malaysian. These ships played a vital role in the early development of the northwest of Western Australia."

In another aside, after receiving a history lesson from our correspondents yesterday, Slugcatcher realised he had been a passenger on the MV Gorgon.

"It was that Gorgon. Just to date me horribly, I travelled to Singapore on the Gorgon with my parents when I was seven. The year, 1956. Had a wonderful time on the MV Gorgon."

Third time tech has been used outside of Norway 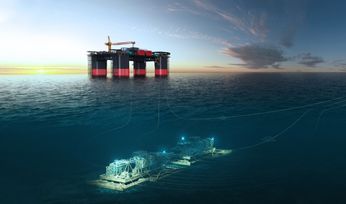 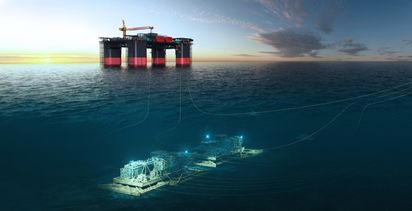