BHP Billiton says its joint venture has acquired an oil and gas development in deepwater Gulf of Mexico from Anadarko Petroleum for $US1.35 billion ($A1.76 billion).

The company said along with its co-venturers, Hess and Repsol YPF, it had purchased the Genghis Khan oil and gas field, with the net share to BHPB at $594 million.

BHPB said the transaction includes rights for Green Canyon Blocks 652 and 608 in deepwater Gulf of Mexico.

The Genghis Khan oil and gas field already has two wells and development infrastructure in place, the company said. It is part of the same geological structure as the recently sanctioned Shenzi project.

BHPB group president for energy Michael Yeager said the acquisition of Genghis Khan provides BHPB with a “significant” undeveloped asset in deepwater Gulf of Mexico with near-term production, which it will operate.

“Genghis Khan being adjacent to our Shenzi oil and gas field will allow us to benefit from developmental synergies and will give us knowledge that will enhance the Shenzi development when it come onstream in 2009,” Yeager said.

BHPB holds a 44% stake and is operator of the Shenzi development.

The Genghis Khan field was discovered last year in Green Canyon 652 and has estimated gross hydrocarbon reserves of about 65-170 million barrels of oil equivalent.

It is in water depths of about 4300 feet (1310.6m) and is within three miles of the Marco Polo production platform.

BHPB said development may include up to seven wells. First oil is expected in mid-2007 with continued drilling to follow.

It said the sale will close following due diligence by the purchasers, resolution of production handling agreements and other conditions, as well as any subsequent government approvals that may be necessary. 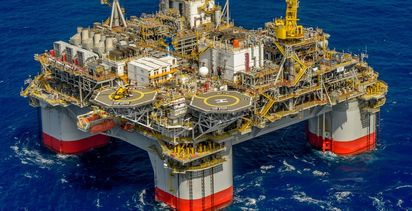