UNLISTED oil and gas explorer and producer, Coogee Resources, has awarded VetcoGray, now part of GEs oil and gas business, the supply of subsea production trees and controls for the Montara oil field project in the southern Timor Sea.

Valued at about US$26 million, the contract includes four 13 5/8” horizontal trees on mudline (HTOM) systems, wellheads and control systems for subsea control modules, topside controls, and subsea distribution and instrumentation.

The HTOM systems provide a cost-effective solution and will be the first ever to be installed in the Asia Pacific, according to VetcoGray.

The ability to meet such a tight delivery schedule, coupled with a solid track history of system reliability, was considered a deciding factor in choosing a VetcoGray solution, the company said.

“It is an important step for our expansion strategy in the Far East market for subsea production systems,” VetcoGray president of Subsea Systems David Lamont said.

The Montara field, about 650km west of Darwin, is part of Coogee Resources’ 100%-owned Montara Project, which also comprises the Skua and Swift/Swallow oil fields and has 2P reserves of 36.9 million barrels of oil. First production for Montara is expected in 2008.

TotalEnergies to supply LNG to Sembcorp 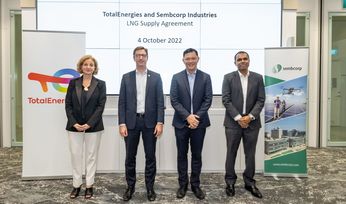 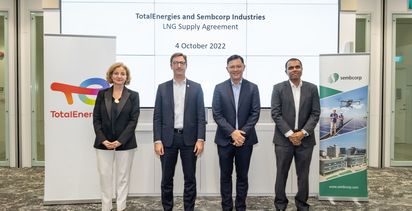