ENGINEERING and construction company Clough said today that Indian giant ONGC had terminated a major contract for the G1 project after ONGCs failure to complete several deepwater wells had made it impossible for Clough to meet milestones. 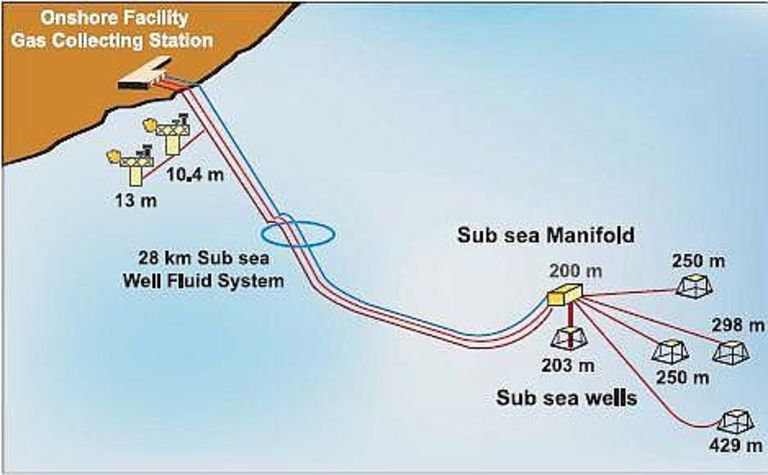 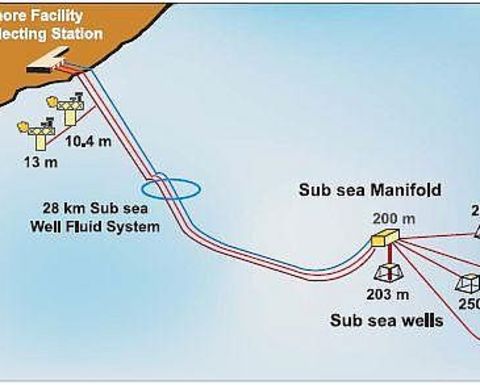 The G1 project involves shallow-water and deepwater activities feeding an onshore gas plant on India’s east coast. The works began in November 2004 with overall completion due in April 2006, and this was subsequently revised by ONGC to April 2007, according to Clough.

“ONGC was responsible for drilling five deepwater wells which Clough would then connect to the onshore gas plant,” Clough said.

“Despite repeated attempts, ONGC has failed to complete any of the deepwater wells hence Clough has been unable to complete its contract works.”

Payments for contract works completed by Clough were made on a milestone basis up to April 2006, the company said. The payment system was varied in 2006 to accommodate the supply of materials as milestones could not be achieved by Clough because ONGC’s own scope of works had not been undertaken or completed.

“At the instigation of Clough and with the concurrence of ONGC, Clough has indicated available solutions for completing the project and these have been the subject of discussion between the two parties for over 12 months,” Clough said.

“ONGC was provided with a number of alternatives including, at their request, a methodology for a mutually agreeable termination of the contract.

“ONGC has now terminated the contract. ONGC has advised in its letter of termination that it will complete the works by itself.”

ONGC has called on Clough’s bank guarantees but an injunction on this process was achieved by Clough in the Federal Court earlier this week.

According to Clough, ONGC currently owes Clough about $US80 million which would be substantially reduced by Clough transferring ownership of equipment and associated liability to ONGC so the Indian company can complete the works itself.

Clough chief executive officer John Cooper said the company regards ONGC’s attempt to draw the bonds as an aggressive effort to force Clough to accept a more disadvantageous solution in light of their continued failures on the project.

“We continue to believe that it’s in the best interest of both parties to come to a mutually agreed position on the contract, particularly as Clough owns the key equipment required by ONGC to complete the project expeditiously,” Cooper said.

Further discussions between Clough and ONGC are scheduled for next week.

Beach down 5% after Waitsia contractor falls over 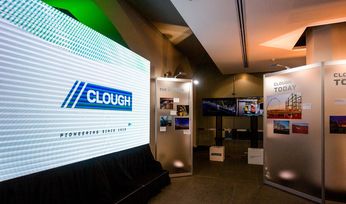 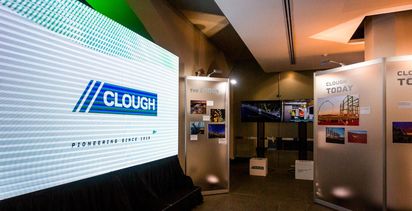