BIG oil companies, as we now know them, rarely share a common goal. After all, even when in partnership on a project, they are competitors, as Slugcatcher and other critics have pointed out during the rollercoaster history of Australias Gorgon gas project.

But the latest set of numbers tumbling out of the financial reporting season underlines the fact that big oil had better start speaking with a common voice or it will soon have no voice left.

The issues, which The Slug has explored before are the combination of high profits, declining reserves, and the rise of sovereign oil companies, the so-called NOCs, or National Oil Companies.

Late last week, the first of the big oil producers reported their 2007 profits. And boy did that make governments and consumer groups take notice.

Shell kicked off proceedings with the biggest ever profit by a British or Dutch company, delivering $US27.6 billion to its shareholders. ExxonMobil followed with $US40.6 billion.

The profits were so big that critics had much fun converting them into profits by the day, hour and second.

Both Shell and ExxonMobil defended their results. And who can blame them? They’re not driving up the price of oil; it’s the governments of oil-rich countries which are either deliberately withholding supply (and new oil field developments) or demonstrating the sort of gross mismanagement you expect from government agencies – which is what the NOCs are.

The problem for the western world’s big oil companies is they are being demonised for higher oil prices which are, in turn, driving up the cost of transport, home heating and the rate of inflation.

Wrapped up into a neat parcel and the oil price is seen as major reason why the global economy is slowing and unemployment rising in many countries.

Who gets the blame? Big oil, of course. Why? Because of those profit numbers which, however well explained, just look greedy.

The Slug understands the problem and has a suggested solution.

First, the problem, which is not just profits, incorporates the question of reserves.

According to what The Slug has read, the last four members of the once-dominant “seven sisters” of world oil (Shell, BP, Chevron, and ExxonMobil) currently produce about 10% of the world’s oil and gas, and own about 3% of reserves.

These are staggeringly low numbers – which continue to decline as the share of world oil controlled by the NOCs rises.

Over the next few years, as demand for energy continues to rise, thanks to the industrialisation of China and India, the position of the “four sisters” will get worse.

True, their profits will continue to rise in harmony with the tighter oil markets and higher oil prices.

While those higher profits will make shareholders happy, they will infuriate governments which will, in turn, push harder for punitive, or windfall, profit taxes.

The challenge in taking this suggested course of action is that re-directing public anger to the real villains in the game, the NOCs, risks damaging the fragile relationship between the “sisters” and the governments which own the NOCs.

However, to not re-direct the blame is not an option, even if it means being nice to each other, for once.

Failing to act now risks being taxed to death. 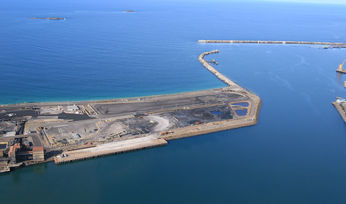 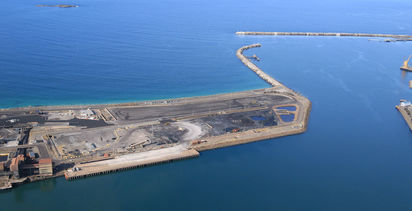