NO ONE rang the bell to announce the great "fossil fuel fight-back" but as Slugcatcher considers events of the past few days, he reckons the most nervous people in the energy business today are those trying to peddle overpriced renewables.

The problem, which will soon dawn on supporters of wind, solar and geothermal, is not only can they not compete with coal, oil and gas but that falling fossil fuel prices means even greater government subsidies will be required to keep the windmills turning.

In Australia, it means the already unpopular carbon tax being foisted on an angry electorate will have to remain high in order to prop up politically correct "green power" schemes that lack any form of business case.

What caused this refreshed criticism of the carbon tax and uncommercial green power was the falling global oil price, the falling US gas price and the rising tide of coal hitting the world market because it was being driven out by cheap gas.

There is a common theme running through events in the fossil fuel industry.

While it is not one that will please everyone in the oil and gas business, it is deeply significant because the oil, gas and coal industries are combining to deliver a totally unexpected "energy glut".

The first sign of what should become a worldwide phenomenon were seen in the US when the advent of abundant shale gas drove down the price of all domestically delivered gas.

It triggered a cascade of events which includes a wholesale switch away from coal-fired electricity generation to gas-fired power.

As US power stations dumped coal, the coal miners started to ship their unwanted product onto world markets, starting in the Atlantic and spreading to the Pacific.

Over time, a place for both coal and gas will be found but right now there is an energy glut in the US and it is spilling out across the globe.

A second sign the world is facing an energy glut rather than the widely predicted energy shortfall can be seen in the oil market where prices have been tumbling.

That is thanks to a number of events, including the changes underway in the US (which represents one-third of the world's economy) and a "wall of Saudi oil" hitting markets at their weakest time in years.

What is happening with oil, as measured in Europe using the Brent mix as a guide, is that it has fallen from $US128 a barrel as recently as three months ago to around $106/bbl.

Multiple reasons have been advanced for the sharp oil-price fall.

Whatever the reason, the underlying point is the combination of higher oil output, rising gas production and US coal being dumped on the market is leading the world down a very politically incorrect pathway.

Well, at least from the point of view of green politicians and renewable power advocates.

Their problem is that falling fossil fuel prices were not factored into their spreadsheets and economic models, which predicted higher prices and a place for their pet (high-priced) renewables project.

With fossil fuels in abundance, the equation changes, and that will put pressure on green-oriented governments around the world, especially in Australia with its carbon tax and Clean Energy Finance Corporation which will require even higher subsidies to compete with coal, oil and gas.

Oh dear, what a mess - but one entirely of the government's making because it imagined it could legislate away the irresistible forces of supply and demand, creating a world of artificial power sources that may, or may not, work.

Not only has peak oil been delayed but the world could be entering a period of energy glut that will change the way everyone with an open mind thinks and acts.

Call for ban on all fossil fuel advertising by health professionals 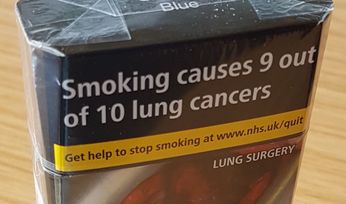 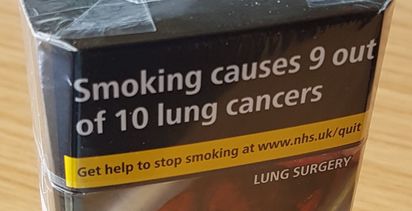