THINGS are going to get a lot louder on the industrial relations front if Slugcatcher's prediction comes to pass.

The unions have had a couple of setbacks of late. Their maritime brethren had a knock back over the issue of when a company needs to have 457 visas and when it doesn't.

Then there was that little matter of the deal to allow Gina Rinehart to bring in foreign labour to help her get the Roy Hill plant up and running. More on that later.

Of course the biggest issue the unions will be facing is the very real possibility that this is as good as it will get for a while.

Assuming Julia Gillard is still prime minister when the election comes - after all, this the Australian Labor Party and it has proved time and again that it is a whole 'nother kettle of crazy - she faces an uphill battle.

There is every chance that the Liberals will get up at the next election.

That means things are going to change again for the unions.

Now, business leaders have been calling on Tony Abbot to avoid making industrial relations an election issue. That is fair enough. It was what cost John Howard the 2007 election.

Even so, should the Liberals get back in, the unions know that they will be in for a shakeup.

Therefore they will likely be going for broke to shore up as many enterprise agreements that enshrine their power over workplaces as possible.

Add that to a number of agreements that were set up under the old rules and are coming to an end and the scene is set for some good old fashioned industrial relations disputation.

Issues such as the introduction of more foreign workers to Australian resources projects will be a rallying cry for the unions.

But let's take a closer look at that deal.

It brings in workers that are going to be needed regardless.

Sure, the unions argue, there are a number of people in the eastern states that could take those jobs.

Trouble is, those people don't want them.

So that means foreign workers or the projects don't get built. Pretty simple arithmetic, really.

What is probably also upsetting the unions is that one of the architects of the deal is a former president of the Labor party.

Gary Gray also is a name well known at senior levels of oil and gas circles.

Back when he was with Woodside he was known as one of the most influential people in Australia with an ability to cut through to the meat of any issue.

That is exactly what he has done here with this foreign worker deal.

So oil and gas players need to get ready for a bit of a red storm rising. Where that will leave an industry already creaking under the weight of rising costs is anyone's guess. 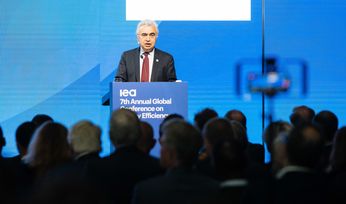 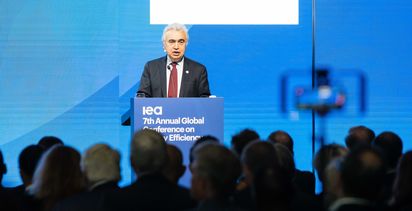 Slugcatcher on a perfect storm (of positive news)

Land of the rising renewables, Japan