Halliburton on the US downturn

"Halliburton isn't ready to call the bottom on NAM activity, but the company believes the bottom is nearing," JPM said in a client note last week.

"While customer conversations point to some rig adds in 2H15, Halliburton believes it won't be widespread and the early recovery in activity will be rather modest (we agree).

"The company believes rig count could remain low for a few more quarters with the potential for an acceleration sometime in 2016."

JPM only initiated coverage of Halliburton in late May with an overweight (buy) rating and has a December 2015 price target of $US56 for its stock, with broker report released when Halliburton's shares had last closed at $44.58 each.

The broker said Halliburton had a number of levers to pull as it worked through the acquisition and integration of rival Baker Hughes with "several positive catalysts in coming quarters" expected.

"Its pending merger with Baker Hughes puts the company in a stronger position out of the current downcycle, in our view," JPM said.

While subject to various approvals the takeover is expected to be completed late in the second half of 2015.

Main highlight over Q1 was contract awards for Ichthys 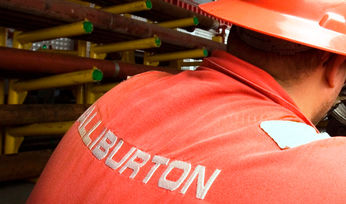 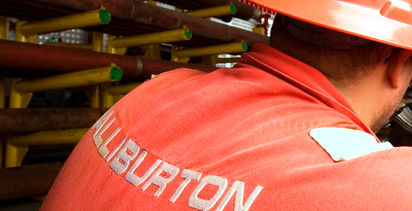