Oz officials in talks for early development of Timor gas

Time is running out for the early development of Timor Sea gas reserves.

As a result, the politicians and bureaucrats are on their bikes with government level talks to be held in East Timor next week between Australian and East Timorese officials.

The market regards early December as the deadline for converting the Letter of Intent (LOI) from US energy giant, El Paso, into a sales and purchase agreement to buy 4.8 million tonnes a year of liquefied natural gas from the Timor Sea.

Phillips Petroleum believes unless difficulties with the East Timorese are settled then El Paso will walk away. The most contentious points involve taxation and security with the companies involved saying little headway is being made on these issues. This in turn has led to the postponement of the pipeline between Phillips' Bayu-Undan gas field and Darwin in August.

Still in the Timor Sea, Phillips, Shell and Woodside are also no closer to deciding between an onshore LNG plant in Darwin and Shell's ambitious floating LNG proposal, with Canberra under pressure from the NT Administration to insist on an onshore development.

Meanwhile, the Australian Pipeline Trust and its joint venture partners will construct a one megawatt compressor station on the Carpentaria Gas Pipeline as the first stage of expanding capacity.

The pipeline, which was commissioned in March 1998, transports gas from Ballera in south-west Queensland to a number of major energy users in the Carpentaria Mineral Province in north west Queensland. 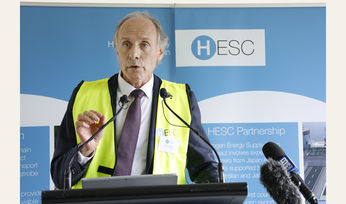 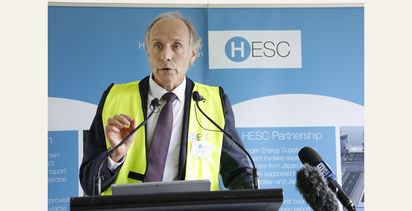