Epic Energy is now waiting on a ruling by the Supreme Court of Western Australia after challenging a draft tariff decision on the Dampier-to-Bunbury natural gas pipeline.

The Office of Gas Access Regulation has recommended transport tariffs of 73 cents per gigajoule to Perth, with 85c/GJ south of Perth.

Epic claims the decision didn't apply the principles of the National Third Party Access Code correctly. It submitted tariffs of $1/GJ to Perth and $1.08/GJ south of Perth. The Supreme Court deferred the decision after closing arguments were heard last week.

In its battle with regulators, Epic has received reinforcement from former Epic chief and current head of El Paso Corporation, Mr Jay Holm, who threatened that El Paso would pull out of investing in Australia if the draft decision on tariffs for the pipeline were final.

"An investor cannot commit risk capital when a regulator can 'change the rules' after the investment has been made," Mr Holm said.

On the other side of the country, this time in Queensland, Epic has accused the Australian Competition and Consumer Commission (ACCC) of trying to unwind tariffs previously approved by the Queensland Government in 1995 for Epic's south-west Queensland pipeline access arrangement.

"The ACCC has repeatedly expressed its concern at its inability to review the tariff arrangements, and its belief that the tariffs may not be reflective of those the ACCC would determine under the National Gas Code's tariff setting principles," Epic chief executive officer Ms Ortenstone said.

She added the application of regulation in this country at the moment meant investors could not rely on their dealings with the Government being honoured.

Plans for new wells as it battles Beach 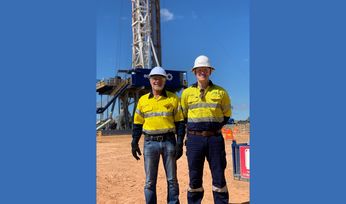 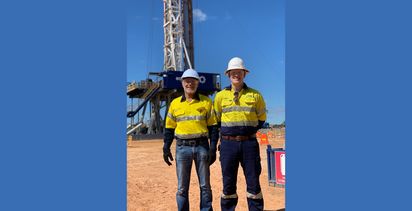