The spat between the Malaysian Federal Government and the opposition-led state of Terengganu continues. Despite the fact that petroleum royalty payments to the state were removed three years ago, the Islamist PAS (Parti Islam SeMalaysia)-led state government has included a whopping RM816 million as "petroleum royalty" in its 2004 state budget.

To Terengganu's Mentri Besar, Datuk Seri Abdul Hadi Awang, the sum was included as "it was the Terengganu's right to receive the payment." He also expected the state to have an "expected revenue of RM1.12 billion next year as opposed to expenditure of RM1.13 billion." Abdul Hadi acknowledged, "There will be a deficit of RM10.2 million or 0.9%." He was speaking at a tabling of the Budget at the State Assembly sitting.

According to Abdul Hadi, the state was due around "RM2 billion in petroleum royalty since the payment was withdrawn by the Federal Government" and, because of this, the state has "had difficulties in settling the high interest on loans from the government."

The expected revenue of the 2004 state budget would come, according to Abdul Hadi, from petroleum royalty (RM816 million), forest premium and royalty (RM110 million), taxes and quit rent (RM64 million), water supply (RM36.5 million), allocations under the law from the Federal Government (RM84 million) and "other revenue" (RM14.6mil).

The expected state expenditure would be RM247.3 million "for expenditure as required by law and also to repay Federal loans" and RM887.8 million on "supplies". 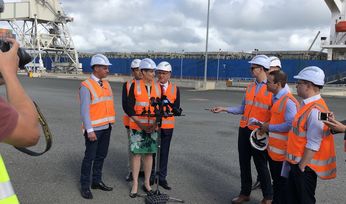 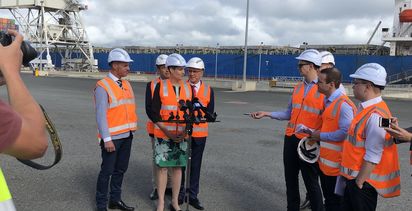