AN oil tanker sank, spilling its cargo of light diesel oil, after hitting an empty cargo ship off the coast of southern China yesterday, according to reports from the Xinhua and AFP news agencies.

The collision happened 20km east of Nan'ao Island, off the coast of Guangdong province.

The tanker sunk within 10 minutes, forcing all its crew to abandon ship. Nine of the crew had been rescued but four were missing, according to Xinhua.

The 1400-ton cargo vessel struck by the tanker was holed but was not in danger of sinking, the Maritime Affairs Bureau said.

A bureau official told AFP that he expected the tanker to spill out all of its 1000 ton cargo.

The cause of the collision was under investigation. 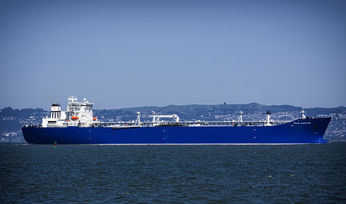 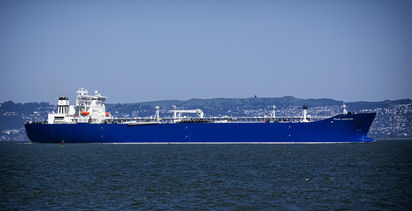