The tests did not cause a major reduction in the reservoir’s overall pressure, managing director Bertus de Graaf said.

Geodynamics, a hot rocks explorer, aims to transform a small part of the known geothermal resource into a proven reserve, and to build a small commercial demonstration power plant.

The recent work started stage two - the diagnostic phase - of the reservoir testing program, which includes the enhancement and demonstration phases.

Habanero-2 is now shut-in for about two weeks to observe pressure rises.

Measurements will also be taken in Habanero-1 followed by a short circulation test to complete the diagnostic phase.

Habanero-2 coped well with the extreme temperature and pressures conditions and it flowed without a significant drop in productivity.

But the observed near-well bore conditions in the well indicate a sub-optimal connection to the underground heat exchanger. However, hydraulic stimulation during the enhancement phase could provide a remedy, de Graaf said.

Well logging had confirmed temperatures of 250°C at a depth of 3,870m, de Graaf said.

Pressure measurements indicated there was underground flow between Habanero-1 and 2.

But starting the enhancement phase had been postponed because of pump unavailability, pushing back finishing the reservoir testing to late October or early November.

If successful a 17km pipeline is needed 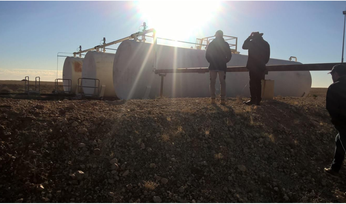 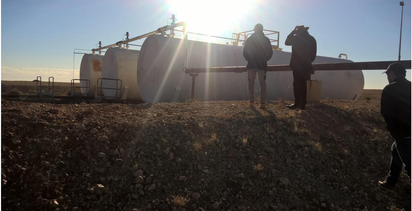