TAP Oil is targeting three very big prospects in the next nine months  Jacala and Marley in the offshore Carnarvon Basin, northern Western Australia, and Barque off the coast of New Zealand's South Island. 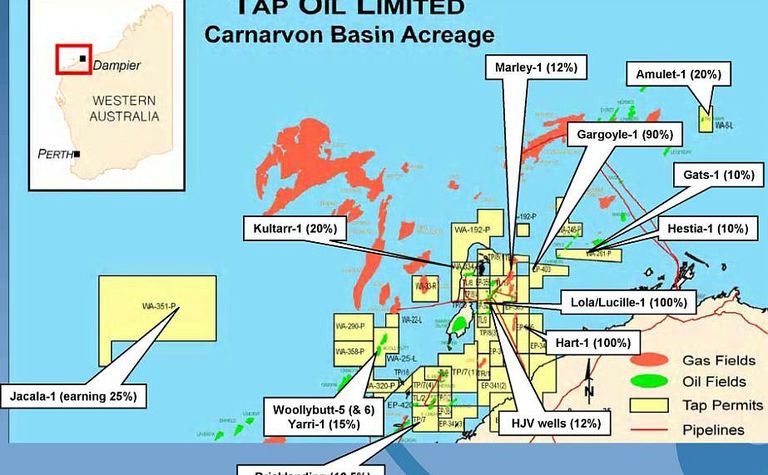 The first of these wells to be drilled will be Jacala-1, due to be spudded in October.

The Jacala prospect could contain more than one billion barrels of oil, but the odds of success are low, the partners, Tap (25%), Roc Oil (20%) and operator BHP Billiton (55%) have said.

So Jacala is a longshot, but if it comes off it could transform Tap Oil overnight, managing director Paul Underwood told the UBS Resources Conference in Sydney this week.

Roc Oil has estimated the odds of success at about 20%, but Underwood told Dow Jones Newswires that they could be as low as 10%. However, if the well succeeded it could increase the worth of Tap by “10 times" he told the news service.

The Jacala prospect is far offshore in about 1100 metres of water roughly 200 kilometres west of Barrow Island and 100km north-west of the Enfield oil and gas field. The operator is BHP Billiton.

In its presentation, Tap said Jacala was just the first one of three "monster" wildcats wells it would participate in during the next three quarters.

The Marley prospect is targeting 1.5 trillion cubic feet of gas plus liquids in the Harriet joint venture area. Marley-1 is due to spud in December. The Harriet partners are Apache Corporation (operator) 68.5%, Kufpec 19.3% and Tap Oil 12.2%.

The Barque prospect in the offshore Canterbury Basin licence PEP 38259 could contain five trillion to six trillion cubic feet of gas and about 500 million barrels of condensate.

Barque-1 is due to spud in the first quarter of 2006. The lease is jointly held by Tap and Australian Worldwide Exploration in a 50/50 partnership. This would be the first South Island oil rig venture in 20 years.

Tap plans to spend around A$40 million in 2005 on drilling 24 exploration wells. 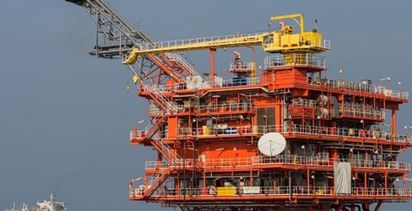