ECUADORIAN troops have regained control of some oil wells in the north-eastern Amazon from protesters who are demanding a greater share of oil wealth. But state-run oil company Petroecuador yesterday said only about 50 or 60 of the company's 410 seized wells had been retaken by security forces and returned to company employees.

Petroecuador has lost about a week’s production since the protests started.

Energy minister Ivan Rodriguez said protesters late Thursday had dynamited a secondary pipeline and an oil camp, forcing Petroecuador to warn it could not guarantee overseas deliveries because of forces beyond its control. State oil exports have now been suspended.

Rodriguez said the protests were putting pressure on Ecuador's internal reserves, and the country would have to import about $US140 million ($A186.19 million) worth of petrol, diesel and cooking gas to meet internal demand.

Soldiers are authorised to use firearms against the protesters.

The protesters are reportedly being backed by regional officials. Authorities said late Friday that Sucumbios provincial governor Guillermo Munoz had been detained and the mayor of Lago Agrio, Maximo Abad, had been arrested on charges of "inciting public disorder".

But the government has now released these men and other leaders of the protests after the protestors agreed to cease the attacks and negotiate with the government, officials said yesterday.

Output by Petroecuador totalled 54,000 barrels a day yesterday - far below the 201,000 bopd production before the protests began.

The government has said it would take until November to restore Petroecuador's production, which is crucial to the national economy. The corporation said it could take longer to restore production in some fields.

Oil output by private companies has been reduced to almost nothing, said Rene Ortiz, president of the Ecuadorean Hydrocarbons Association.

No longer a viable option: O'Neill 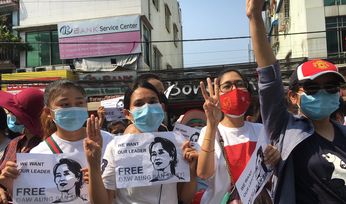 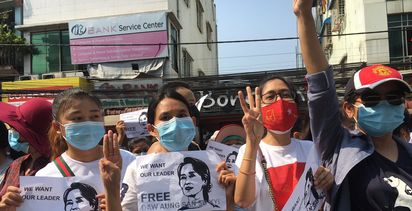