LOUISIANA Petroleum says initial production testing in the Wilcox Formation of the Wilson-3-10 well in central Oklahoma indicates an expected flow rate of 35 barrels of oil per day, with associated gas flows yet to be determined.

The Perth-based company said the primary zones of interest – the Woodford Shale and Caney Shale – in Wilson-3-10 currently remained behind pipe.

“Production will begin as soon as the surface and downhole facilities are in place,” Louisiana executive director Matthew Walker said.

“A sales line for natural gas is already in place, so gas sales will also begin at the time oil production commences.”

In addition, Louisiana expects to this week to start reworking the Wilson-1-10 well, designed to resume gas production from the Gilcrease Sandstone.

Recoverable gas from the combined Woodford Shale and Caney Shale formations for the entire 640-acre section is estimated to be up to 3.9 billion cubic feet of gas.

The company, which has now been granted an operator’s license in Oklahoma, said it was now about to start preliminary administration and fieldwork preparation to drill up to four additional wells on the Wilcox structure in the September quarter.

“It is the company’s strategy to keep the primary zones of the Woodford Shale and Caney Shale ‘behind pipe’ in the immediate future, and seek further exploration opportunities within the Wilson Prospect to target the Wilcox formation,” Walker said.

“Up to another four of these exploration wells are possible within the prospect.”

Early this month, Louisiana announced it had agreed to buy the remaining 75% working interest in the Wilson Prospect. Subject to shareholder approval, the company said it would exchange 30 million of its ordinary shares, worth about $A7.3 million, to equity owner Kalgoorlie-Boulder Resources.

A month before, Louisiana agreed to pay US-based Metro Energy $US1 million ($A1.32 million) to acquire an initial 25% working interest in the 640 acres of oil and gas leases, in which it said the Wilson prospect was the primary area of interest.

Upon completion of both transactions, Louisiana will have a 100% working interest in the prospect. 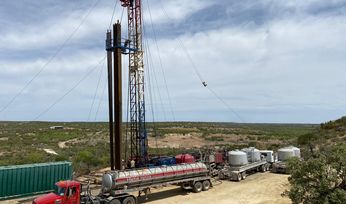 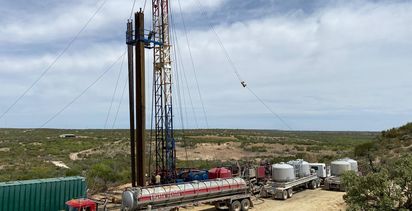 Brookside gets on with it as Kenai rig arrives