THE OMV-led Maari joint venture has made substantial progress on their offshore Taranaki oil development project, which remains on schedule, according to junior partner Horizon Oil.

Detailed engineering on the wellhead platform (WHP) of Maari has been sped up and vendor data on third party supplied equipment is already being included in the final design, Horizon said today.

Several subcontracts have been let for sub-components of the WHP ,including a fabrication contract to Kencana HL in Malaysia and a semi-submersible heavy transport vessel (SSHTV) to Dockwise for the vessel Mighty Servant I.

The team has also made 23 purchase orders for a number of equipment packages with only three remaining.

Horizon said all major equipment for topsides modules have been sourced and will be fabricated in Lumut near the Kencana yard where the deck, tower and base are being constructed.

Horizon said the JV had also made significant progress on the floating, production, storage and offloading vessel (FPSO) part of the project, with teams already mobilised for all major packages.

It has begun fabrication of the process modules, vessels and mooring turret in Batam, Indonesia and tank testing on both the WHP and FPSO has also been successfully done.

The Maari development is in PMP 38160, about 80 kilometres offshore Taranaki, New Zealand, in 102m of water. Horizon said the field holds proven and probable reserves in excess of 50 million barrels of oil.

Around 20% of the development is now complete, Horizon said.

The Maari partners plan for the Ensco jack-up Rig 107 to drill five production wells, plus three water injection wells, in the offshore field south of Maui during 2007-08. 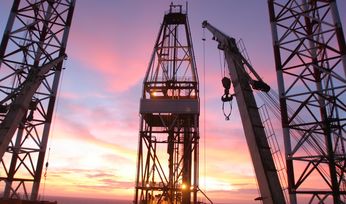 Quarter of success for Horizon

Carnarvon teams up with Horizon for renewable diesel