BEACH Energy managing director Matt Kay told Energy News the fact it could find and develop a new oil field like last year’s Kangaroo discovery after decades of exploration was one of the many reasons the oiler has increased its commitment to the Cooper Basin. 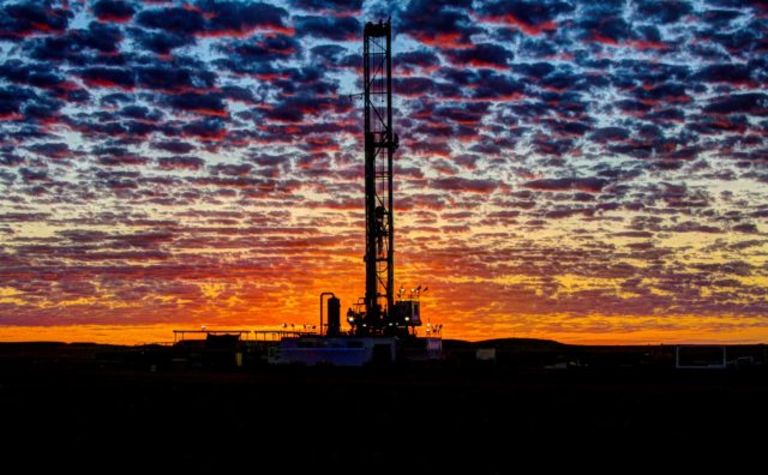 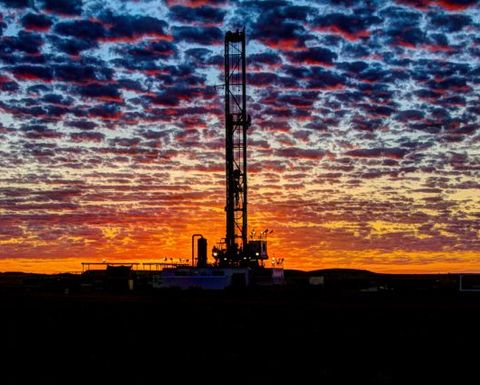 A Beach Energy drill rig in the Cooper Basin.

Beach announced this week it was increasing its discretionary budget in light of lower costs and improved oil prices, and would now drill around 60 wells this year, all while increasing its production guidance to between 10.3-110.7 million barrels of oil equivalent based on an extremely promising first half performance.
While the company's budget is largely discretionary, and can be reduced if needed, or even expanded slightly to the upside, with room for an additional "one or two wells" if needed.
"The fortunate part of us is that our field operating costs are very low, and we have reduced them down to $3/boe in the Western Flank, which is a 20% reduction year to date, and that clearly means that at low oil prices we are profitable, which is why we were able to bank an additional $55 million in a quarter," the Beach CEO said.
"We have liquidity out to $620 million if we needed, and we have a bullet proof balance sheet at the moment because we are generating net cash."
Kay joined the company last year after a tumultuous period for its leadership following the retirement of leading light Reg Nelson, said he was extremely pleased at how the company had performed over the past six months.
He singled out the wet gas projects in ex-PEL 106 and the large Bauer oil field as standout performers.
The Bauer field, discovered by Beach and its now absorbed partner Drillsearch Energy, remains one of the biggest oil discoveries in the Cooper Basin for decades, and has continued to exceed expectations.
Bauer, and last year's discoveries such as Kangaroo and September, all of which were in areas Santos discarded as having less potential, are why Beach essentially narrowed its focus on the Cooper Basin during the last downturn.
The oiler believes the basin has the right mix of infrastructure and upside to withstand any downturn in oil prices, rise with the tide if needed, and replace natural field decline - all within a mature area it knows well, but believes offers untapped upside.
Kay said there was no indication that Beach would not continue to find new oil discoveries on the western flank of the basin for some time to come.
While Bauer was initially a Namur Formation discovery, subsequent wells uncovered a new oil reservoir in the Birkhead Formation in 2012, and that has helped highlight the Birkhead potential of ex-PEL 91, while last year's September-1 has opened up the Poolowanna Sandstone.
Last year's Kangaroo-1 in ex-PEL 91 has just started its extended production test, and Beach is planning two follow-up wells to further appraise the Birkhead Formation oil play nearby.
"Whether or not there is another Bauer out there, who knows?" Kay told Energy News.
"What we know is that we wanted to make sure in this program that we are opening up the western flank beyond just the Namur plays, and now that we have had Poolowanna and Birkhead discoveries what we are seeing is the potential for the western flank opening further.
"That's why we are getting busy with the drillbit."
Kay said the expanded drilling program was designed to "optimise value out of the western flank".
"We decided to increase our drilling activity in the second half of the year, so we have added an additional eight wells to move to a 58-well program for the whole year," he said.
"We have field costs down, and we were able to negotiate our services later last year, so we are getting more bang for our buck and increasing the activity."
Beach's expanded program has added three operated wells and up to five non-operated wells.
In terms of operated wells the bulk will be drilled in ex-PEL 91 with six exploration wells and four appraisal wells but the time the fiscal year is over at a cost of almost $40 million.
Mokami‐1 and two Pennington appraisal development wells are planned for this quarter, followed by Knapmans‐1 and Rocky‐1.
Three wells will be drilled in ex-PEL92.
While the focus is heavily on oil plays, Beach is also aware of the emerging east coast gas shortage, and recently started selling gas from the Moomba hub to Adelaide Brighton for a 12 month term.
Kay believes there are more opportunities for Cooper Basin gas.
"We have a number of gas wells planned in ex-PEL 106, and we have a strong market, so we are active on the gas front," Kay said.
Two more wells are planned across ex-PEL106 and 107 - Canunda‐3 and Dandy‐1.
The just completed Crockery‐1 was the second of a four-well Permian program, across the permits, testing stratigraphic traps on the western flank of the Patchawarra Trough and targeted the Patchawarra Formation.
The well reached its total depth of 2774m last week and encountered 7.2m of net pay across a 19mgross section.
Testing is underway.
With upgrades to the Middleton compression and plenty of pipeline capacity, Kay said there are no barriers to entry for any gas that Beach finds.
There are 36 wells being drilled with Santos, and potentially up to six other JV wells, in a program that is heavily weighted to development, and a total 58 wells overall.
That includes two wells at Kanowana and Strzelecki‐32 in South Australia and a successful standalone gas appraisal well in the Raffle field, all of which have been cased and suspended by Santos as future gas producers.

Beach misses guidance by a hair 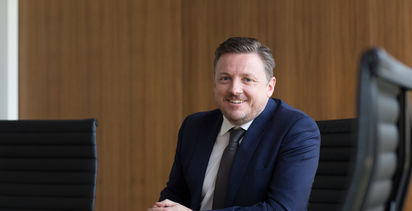 Could an Ironbark find go to the NWS?