THE operators of the big oil and gas assets across Western Australia’s north have shown an interest in the Southern North Sea vessel sharing pool model but is still just talk at this stage, a European expert told Energy News. 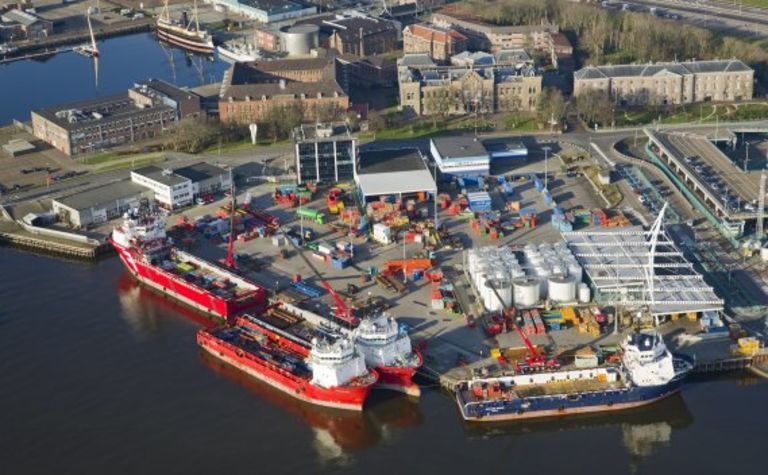 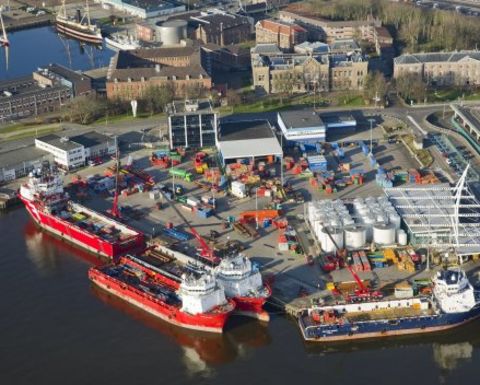 The Southern North Sea Pool operating out of Den Nelder, the Netherlands.

Jan Schipper, regional director of Netherlands firm Peterson, which has run the SNS Pool since 2002, addressed AOG again this year and met with the operators of Project Symphony, an operators' group that includes Woodside Petroleum, Chevron Corporation, Shell, Quadrant Energy, Inpex and ConocoPhillips.
He told Energy News on the sidelines of the AOG after addressing the conference's Collaboration Forum that while he could sense there had been "a lot of talk" about adopting a model similar to the SNS pool which is spreading to other areas, he doesn't "see a lot of movement yet".
Energy News understands some of WA's operators visited Peterson's SNS pool which includes 12 operators, about 150 offshore production locations and drilling support, all serviced from one integrated supply base in Den Helder, the Netherlands.
Schipper was asked a few months prior to AOG for more details like where the SNS pool's fields and vessels were and how to combine them, and he presented his results to Symphony partners at AOG.
Yet the attitude among those operators seems to have changed since he visited AOG last year, Shipper said, particularly as the SNS pool has delivered annual savings in the region of 40%.
"I don't get ‘this won't work' or ‘we're just smaller; it's completely different'. That's not what I hear from the oil companies now," he told Energy News.
The SNS pool's initial primary focus on horizontal collaboration, sharing vessels between different operators, with a significant level of integration between them, led to even more horizontal initiatives such as a shared supply base, warehousing and inland transport.
It now includes vertical initiatives relating to the coordination of the whole supply chain and end-to-end visibility, which Shipper said produced better than anyone had expected last year.
The number of offshore installations grew to more than 150, while the vessel fleet for production support dropped to about five vessels.
Shipper also revealed the SNS pool was now piloting a ‘walk to work' model with a dedicated vessel from Shell.
"The walk to work vessel can be any vessel with accommodation. You place a gangway system on deck and can basically connect with any platform, as an alternative to the helicopter," Shipper said.
He said this was the way of the future, "and could be part of the future for Australia".
The SNS pool is also supplying the vessels for "milk runs" for scheduled supply runs to the platforms.

Oil & Gas UK director of business excellence Stephen Marcos Jones also told Energy News after addressing AOG that capacity was not a restricting factor for North West Shelf operators to collaborate.
"Looking at the King Bay supply base up in Karratha there is room for sharing. You wouldn't have to build new facilities," he said.
While the UK was ahead of the North West Shelf in some areas, collaboration was an issue it's still grappling with, particularly in changing fixed mindsets.
"We've not been a particularly cost-conscious industry, and one of the things the UK Efficiency Task Force is trying to do is make us thing more like some of the other sectors," he said.
"Downstream are used to operating on a shoestring and every penny counts, whereas upstream has this ‘feast and famine' existence where in the good times everything's ok but in the bad times we realise we need to address our inefficiencies.
"So we're looking to smooth that wave out, so we end up hopefully with a much more resilient industry that can be successful and sustainable at any oil price."