AIROBOTICS vice president Yahel Nov has revealed plans to expand into Queensland’s LNG patch and the challenges posed by lithium ion batteries to broader adoption by Big Oil, having recently opened up a new base in Perth’s southern suburbs. 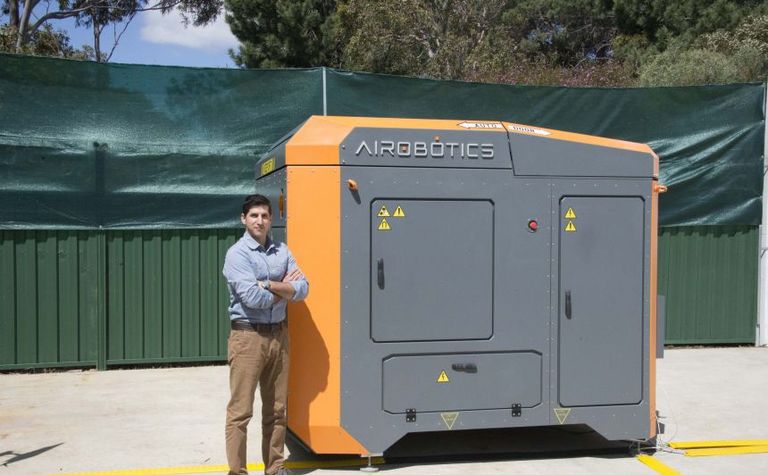 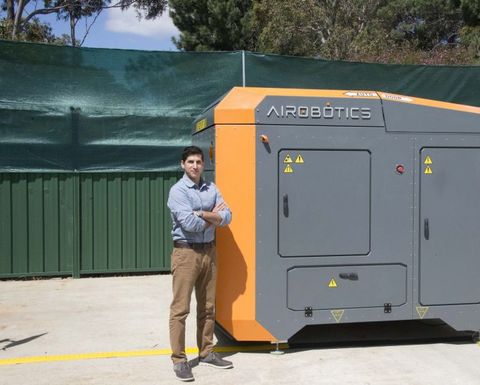 While the company has been primarily focused on mining including South32's Worsley Alumina operations, Energy News understands Airobotics has had preliminary discussions have been had with Western Australia's major LNG operators Woodside Petroleum, BP, ExxonMobil and Shell.
Richard Thompson, who was recruited in August 2016 to head up Airobotics' Australian base in Perth, recently revealed to Energy News plans to have LiDAR technology on a drone which could benefit oil and gas.
However, Airobotics vice president business development Yahel Nov, who was in the founding team and is now based in Perth having started up its new office in Kardinya, said one of the issues that plagued all drones is the lithium ion battery which means the drone needs to fly set way back from the critical asset it's tasked with inspecting, needing high-powered optics and sensors to make up for the distance.
Airobotics is working on high-powered optics enabling high-zoom cameras and thermal optics to do a baseline of temperatures of assets to check for divergence from benchmark figures.
Then a bit further out into the development roadmap, Airobotics will be developing the ability to sense gas through a laser spectrometer at fixed sites, initially for onshore installations then offshore.
"If you're concerned about a  gas leak because of an indicator from another sensor, you'll be able to send in a drone and collect information on the spot," Nov said.
Nov has 16 staff at his Kardinya base thus far and will ramp that up to 20, then plans to open up a sales office in Brisbane to service Queensland's massive LNG industry where Shell is already using drones and its mining sector.
Its Kardinya base does research and development, sales and operations.
As the man in charge of Airobotics' global business development, Nov was the one who chose Australia after an exhaustive search, and revealed that "tipped the balance" in the Israeli company choosing Western Australia over even the likes of the US, which has one of the world's best tech hubs in Silicon Valley.
"Israel is a great country for technology for development but small for industrial clients, so we had to look abroad. Having researched potential locations we selected Australia, and in particular WA as the launching point," he said.
The decision was a combination of Australia having so many resources assets, like many other jurisdictions do, but "what tipped the balance was that it's English speaking, has good business ethics, relatively technologically advanced people on site - so once staff receive an automated robot they'll be able to implement well".
"That took away Africa and to an extent South America. The last part of the puzzle which helped Airbotics choose Australia over the US was its more advanced flight regulations [of] CASA [Civil Aviation Safety Authority," he said.
"Australia already has a foundation in place to apply for automatic flights."