"We've seen a real escalation, but we need to keep moving"

Tasked with guiding the emerging hydrogen industry in Australia, Energy News spoke with National Energy Resources Australia CEO Miranda Taylor on the sidelines of this week’s AOG Energy Conference, on Australia’s competitiveness and the role the oil and gas industry can play in hydrogen development. 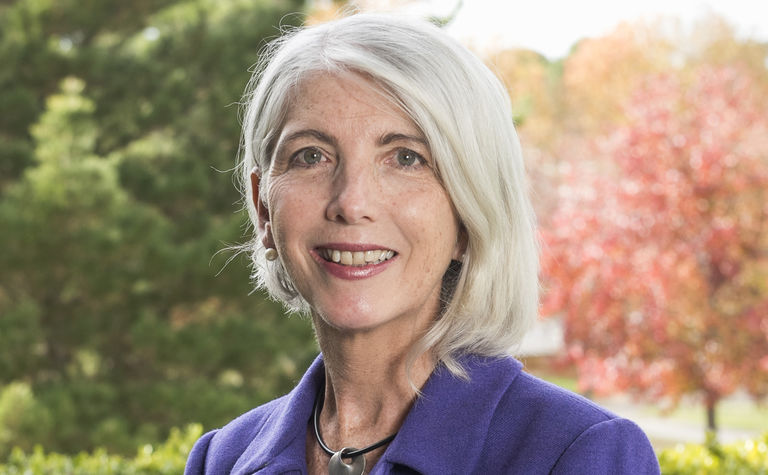 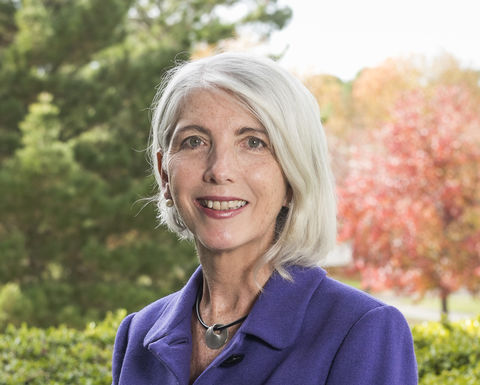 You said Australia needs to get moving to develop the hydrogen industry, does that imply we're not moving fast enough?

No, I think we are. I think in the last year, we've actually seen a real escalation in the effort. My main point really was to urge everyone to continue to collaborate. I think that if Australia is really going to compete with the world we need to keep the effort moving which means we cannot afford to have individual companies repeating the same things and duplicating, we really have to coordinate our efforts, because while we've got huge advantages, there are other parts of the world that will be competitive.

The journey to develop a hydrogen supply chain industry is probably 10-15 years if you look at it, and then, it's still very unclear exactly where we will land on the hydrogen's uses, its supply chain or how we will transport it. So I think there's still lots of unknowns that we're working through.

I don't think there's any doubt that there will be a hydrogen industry and there will be some export of something that will involve hydrogen, ammonia or whether we export it in some other medium or carrier.

Given we have new competing players, like FMG, looking to explore hydrogen opportunities, and it is being touted as a potential competitor to gas, what are the oil and gas industry's natural advantages and how can it remain competitive?

At this very early stage, it's hard to see that hydrogen would be a solution on the scale of gas, because you would need so much of it and the world's energy demand is increasing, so for the next 10-15 years we're still going to have gas - therefore we need to decarbonise that gas.

We might have hydrogen uses emerging, but we need to remember that electrification is happening at the same time. I think - like most people - electric vehicles is pretty much a done deal in that respect. .

However Australia is really seeing the value for hydrogen in heavy vehicle usage, and if Australia should remove the subsidy for diesel at some point in the future, then hydrogen would make a natural substitution.

I think the traditional energy companies will move into other energy sources, but gas will still be a very big business for them.

NERA is establishing a national brand for Australian hydrogen, but at the same time there is definitely a sense that there is competition going on between the states, how do you align that competition?

While targets for decarbonisation and renewables is being done by the states, there is a bipartisan, national approach to hydrogen, they all helped develop the National Hydrogen Strategy.

Korea and Japan etc. have probably commented and observed that they're being targeted by each state, and they'd rather have it as a one-stop All of Australia, and I know the federal government is trying to help coordinate that.

But i would say there's groups like the Australia Hydrogen Council, and everyone is on that - ARENA, CEFC, the states and they're all sharing information.

So there is actually a fair degree of collaboration, it doesn't mean the state's won't compete because everyone wants to, we did that with LNG and everything else.

Our main customers for hydrogen to begin with will be Korea and Japan, given they have got net-zero targets to reach, what kind of indications have they given on how they want this journey to unfold?

They want it to be clean - if we can commercialise CCS then why wouldn't we do it, the challenge is that we need it at scale, and we would needi investment in it and it needs to be economy-wide. If we can make it economic then I would say gas could continue and then ultimately transition into clean hydrogen.

I think Australia has got very strong relationships with Japan and Korea, and the thing is we're trusted and I don't think we should underestimate that. But America and other countries will move fast.

This interview was edited for length and clarity.

"We need to get moving," Taylor tells packed-H2 forum 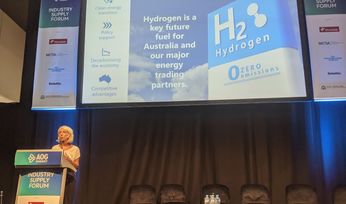 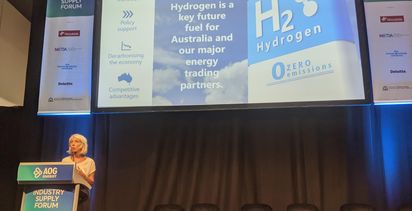