WOODSIDE Petroleum's chairman Richard Goyder has essentially called it: interim CEO Meg O’Neill will be just that, as the company continues a “very stringent process” nationally and internationally to find a chief executive; however she is “well supported” by the board. 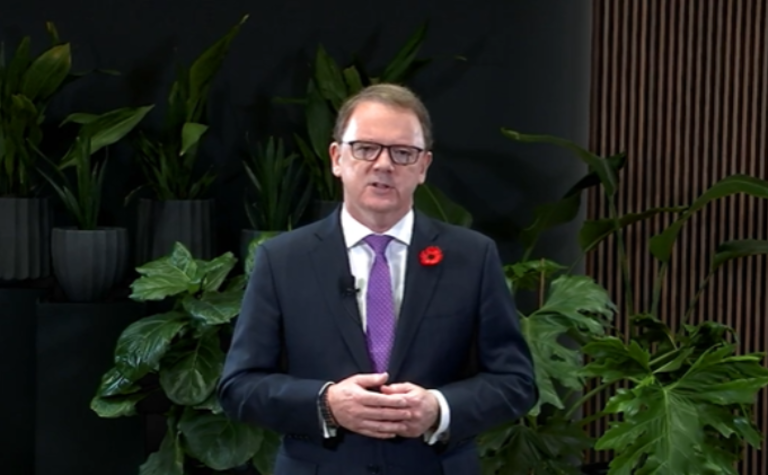 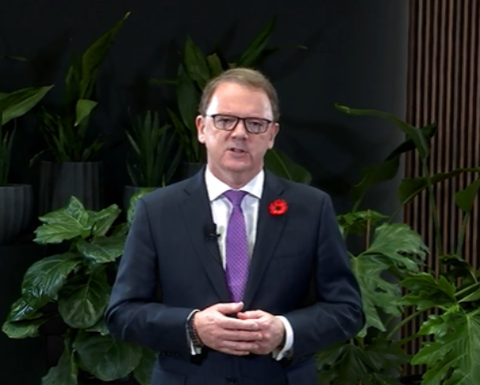 It seems that sanction of the Scarborough gas project is a foregone conclusion.
The AGM also highlighted a stark difference: though dominated by climate queries, votes on two climate motions received little support, especially compared to last year where one hit close to 50%.
"The CEO appointment will happen before that time (sanction); that will give an incoming CEO an opportunity to look at Scarborough - because they will be living with it for a long time - but it's not going to slow down the process," Goyder said.
Energy News had speculated that given O'Neill's steadfast support of the Burrup Hub concept - Scarborough gas to an expanded Pluto LNG plant, an interconnector pipeline to the North West Shelf and eventually development of the Browse fields to feed the latter  -- she would only miss the top job if the board had decided the company needed a new direction.
Whether this puts BHP Petroleum head and potential candidate Geraldine Slattery out of the running is questionable.
BHP warred with Woodside not simply over third party tolling measures at the North West Shelf LNG facility but had always preferred to send Scarborough gas there, and not to an expanded Pluto, given it has a 26.5% stake in the field and a one-sixth NWS stake, but no share of Pluto.
The new appointment will still have to find a way to keep the five-train, ageing NWS facility full as historic fields decline and current ORO arrangements are a stop gas measure. One train could be shut down in a few years, Woodside said last year, though no shareholder yesterday questioned what effect this could have on earnings and thus dividends.
CEO Peter Coleman's departure was announced unexpectedly last December but he and the chairman confirmed he would leave in the second half of 2021, giving the company plenty of time to appoint a suitably experienced replacement.
The news after the market closed Tuesday that he would step down just days later came as a shock to most, though O'Neill was long seen as the most suitable internal candidate.
Rumours of ructions between the chief executive and chair had been rife for some time, with no evidence to back anything up but industry watchers were united in calling Tuesday's announcement a mess, and likely proof of some discord.
"There's been a lot of unfounded speculation, that's not surprising given the problems of this role but some of the reports, frankly, have been news even to me," Goyder said at the AGM.
He used part of his address to the shareholder meeting to thank Coleman for a decade of service.
The CEO did not return the favour, or look at Goyder during the two and a half hour meeting. He got up and left at the end.
Much of the meeting was dominated by climate and emissions-related questions by a series of proxies, including high school students standing in for their parents.
Goyder reiterated that Woodside was on track to cut emissions by 15% by 2025 and 30% by 2030 but a significant asset buy could derail that.
What that will mean for a new CEO is also up for speculation: will they have to rejig company carbon accounting to continue standard oil company business-as-usual of asset buys?
Goyder finally lost his rag at Market Forces Julien Vincent who brought two climate related motions to the meeting, which received only a fraction of the vote compared with last year.
As motions 5a and 5b were being debated he asked to make a speech in their support.
"You've dominated this shareholder meeting and you had the opportunity to put through your resolution to shareholders - which frankly in my view shouldn't be allowed at 0.01% but that's a matter for ASIC and the Treasurer to deal with in due course," Goyder said.
"So I don't think we're now going to have a speech because you've had plenty of opportunity to raise the issues you want to raise."
A shareholder question about Myanmar and the company's drill contractor Transocean was dismissed by Goyder who suggested she talk to chief technology officer Shaun Gregory later.
Most shocking was that John Clancy, known for accusing the Woodside board of disgraceful incompetence and dreadful crimes over many colourful years, asked a question on spot cargo ratios to contracted ones.
Coleman explained the March oil price crunch came at the end of the Japanese financial year and in panic all customers exercised downward options -- of around 5%  each -- at the same time leaving Woodside with a surplus that went to a historically low-priced spot market.
Woodside's second quarter results showed 46% of output on the spot market.
"I missed you at last year's AGM," Coleman said.
"Thanks for making the trip across the Nullabor mate."

No JKM pricing for Scarborough: Coleman 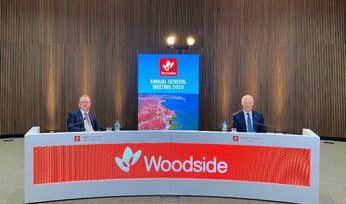 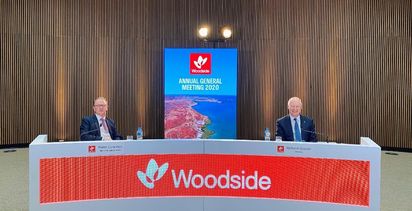