WOODSIDE Energy Group has made an unexpected about turn and now considers sending gas from its Greater Sunrise field to a greenfield LNG development on the south coast of Timor Leste a serious option. Woodside holds 34.5%, national oil company Timor Gap 56.5% and Osaka Gas the remainder. Dili bought Shell and ConocoPhillips stakes in 2018 and 2019, using the sovereign wealth fund it amassed from its gas earnings at the Bayu-Undan field which is now close to the end of its life.
The twin issues have been the cost of a newbuild in a remote part of a developing nation, and geological challenges posed by the Timor Trench, whose seismicity could potentially rupture a pipeline.
"Over the years we've looked at Sunrise many, many different times. We have done technical pipeline studies to understand the feasibility of going across the trench," Woodside CEO Meg O'Neill said at the company's investor briefing day in relation to an analyst question.
"Those studies have alway indicated that with the right will, the right engineering, the right execution plan, that you can execute that scope of work," she said
"The challenge has alway been the economics."
Outwardly it is a remarkable change of opinion, but this year Woodside put Sunrise back on the table after writing its value down to zero during the 2020 oil price doldrums.
The company restarted PSC negotiations with Australia and Timor-Leste and O'Neill has been optimistic on these even as she noted the challenges of a two-nation agreement given Australia's royalty regime is very different.
She noted this in May at the APPEA conference, a month after Nobel Laureate Jose Ramos-Horta was returned as president for a second, though non-consecutive term.
Ramos-Horta, in partnership with former president Xanana Gusmao, has been steadfast and very vocal in his belief the gas field would be developed and on Timor-Leste soil for decades.
That is a non-negotiable.
The prior government had put Sunrise on the backburner, questioned the huge spend on acquiring ConocoPhillips' and Shell's stakes organised by an out of office but influential Gusmao, and arbitrarily got rid of its most senior and experienced petroleum administrators at state oil company Timor Gap and its petroleum and minerals authority.
These were the men with the best understanding of the maritime boundary with Australia, who were part of the lengthy negotiations.
Willingness by Woodside to re-engage in PSC negotiations with a government that sees local development as a nation building venture could essentially have been tacit acceptance of an eventual greenfield development.
O'Neill confirmed this today.
"The cost of LNG processing capabilities is that you have a longer pipeline (to Darwin) but you just have to build a train and not all the associated green field equipment, which would have to be built in Timor," she said.
"That said, there's been a lot of work over the past several years and things that have been done in the Gulf of Mexico, for example. Look at modular construction."
Modular LNG facilities are typically quicker and cheaper to build and can be scaled up more quickly. She noted Commonwealth LNG, which her company signed an offtake agreement with for portfolio gas this year, is developing its plant this way.
"The Timorese are very keen to have that development in the country and we recognise its an important national project and we feel it's important to re-open the concept evaluation to understand the technical challenges," she said.
"The Timorese have a lot of international friends and the international fiends may be willing to help with the infrastructure that doesn;t exist today."
Her predecessor Peter Coleman had previously said he'd see a case for gas-to-Timor but only if Woodside had no equity stake in the plant but rather came on as third party downstream operator, a model he was familiar with during his time in Indonesia with ExxonMobil. 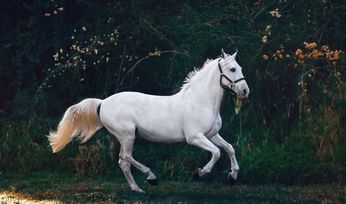 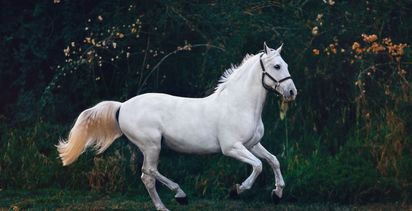