FINGERS are being pointed across Western Australia’s gas industry, after the market operator flagged an expected supply shortage between 2025 and 2027, as blame gets put on LNG operators and the state government. Yesterday the Australian Energy Market Operator flagged that a potential supply gap of 51 petajoules could emerge between 2025-2027 at rates of up to 85TJ/d as depletion of reserves at existing facilities impact supply.

While AEMO expects the gap to be filled by either stored gas supply or new domestic projects, and expects gas to return to surplus levels once Woodside's Scarborough domgas portion comes online in 2027, industry voices said the findings were indicative of the market's broader issues.

WA Domgas Alliance head Richard Harris told Energy News that the shortage demonstrated that the state's  LNG operators, particularly Woodside's Pluto facility, were not adhering to the 15% gas reservation policy required to ensure that a portion of LNG gas be diverted to the domestic market.

"Pluto is the one that hasn't delivered much, Chevron is ok, but we still haven't seen much at all from Pluto" he said.

Harris said there "was some truth" that the onus should be on producers to make up the shortfall, given that it was their reserves miscalculations that led to the projected shortfall in the first place.

"[The 15% figure] is what the market expects of what those initial reserve volumes are, there is other gas, and they can make up for that commitment, but there is that commitment and that is rock solid as far as we're concerned," he said.

A Woodside spokesperson told Energy News that Pluto "is meeting its project-specific domestic gas obligations, agreed with the state government prior to Pluto final investment decision in 2007".

Harris said the Domgas Alliance has been urging the state government to standardise the information made available to the market to create greater transparency.

"You have to work really hard, and do your own calculations, we've asked the government to standardise all the information and make it easily available to the market and what portion of that 15% is there," he said.

"Those in the market know where to go to find it but there still needs to be more transparency."

APPEA WA director Claire Wilkinson said the government needed to provide clear policy settings and "an efficient regulatory system" to encourage further gas development, saying developing new resources, as the GSOO suggests, is not a given.

"Bringing projects to fruition is a complex and technical and commercial challenge," she said.

"Unfortunately, we are still hearing of excessively long assessment times for project approvals and regulatory duplication between government agencies and between the state and the Commonwealth."

Wilkinson said the report demonstrated that the state government needed to stop sitting on the recommendations from the Independent Scientific Panel Inquiry into Hydraulic Fracture Stimulation in WA which was finalised in 2018, arguing that the delay has prevented new projects in the state's north west from going ahead.

"Over three years later, we are still waiting for all the recommended regulatory changes to be implemented," she said.

"This delay has prevented growth of the industry in the Canning Basin which would create local, regional jobs and deliver reliable energy."

A state moratorium was lifted on fraccing in 2018 but has not been fully legislated. Only 2% of the state is open to unconventional exploration.

Petroleum minister Bill Johnston could not be reached for comment.

Harris said the window for WA gas players to develop new projects was rapidly shrinking as the Alliance expects demand to begin to taper off in the 2030s as the state's gas users make good on their decarbonisation commitments.

"This decade is the window to get gas into market otherwise you will miss the boat," he said.

More gas rigs are in operation in the US than before the pandemic: EIA

Did WA pick O'Neill over Twiggy? 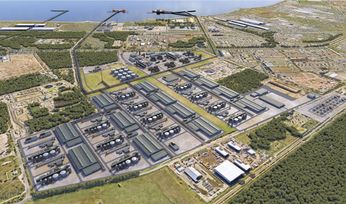 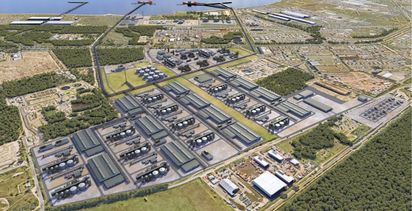 More gas rigs are in operation in the US than before the pandemic: EIA