88 Energy is on the cusp of drilling the biggest well of its now 5-year long journey in Alaska. The well, Charlie-1, is a step-out to a well drilled by BP in 1991 that encountered oil in multiple horizons but was never tested due to mechanical failure. Without 3D seismic, which is required to map the extent of the discoveries, and challenged by the completion technology of the day no additional work was done until 88 Energy acquired the surrounding leases in mid-2016. 88E fast tracked a 3D seismic acquisition program and completed petrophysical analysis of multiple nearby wells, including the discovery well - Malguk-1.

On the strength of those results, a farm-out process was launched in July 2018 and a deal was inked with UK listed Premier Oil Plc in August 2019. Under the terms of the deal, Premier will fund the drilling of Charlie-1 up to US$23m in exchange for 60% of the conventional potential in the Western portion of 88 Energy's leasehold. 88 Energy will retain 30% in this area and will operate Charlie-1.

Charlie-1 has been designed to intersect no less than seven stacked prospects / discoveries, at least four of which have encountered oil saturated sandstone reservoir and are considered discoveries that require appraisal. In total, the Company estimates that these seven targets contain 1.6 billion barrels of oil, on a gross mean prospective basis, which is 480 million barrels of potential net to 88E. Oil Search's November 2017 entry into nearby acreage valued discovered in‑ground contingent resource at US$3.10 per barrel and the oil price at that time was ten dollars less than it is currently trading at.

Charlie-1 will be the fourth well drilled by 88 Energy in Alaska as Operator with the first two, Icewine#1 and Icewine#2, targeting the HRZ shale in an effort to unlock an unconventional resource play in Alaska. The wells provided encouragement, but more work is required to prove the play can ultimately be successful.

Charlie-1 will also penetrate the HRZ shale and provide valuable insights, which the Company hopes to use to help farm-out future drilling activity for that play. Earlier this year, the Company drilled Winx-1 via an opportunistic farm-in on attractive terms nearby to a recently made discovery.

Oil was encountered in the well in the target horizon but at lower saturations and in poorer reservoir quality than what is required for commerciality. Whilst success with the drill bit has been mixed, the operational performance has been excellent, with all wells drilled on time and within budget.

The imminent Charlie-1 well is a different proposition to the previous wells as it is delineated by modern 3D seismic and de-risked by an historic discovery well, located less then 1 mile away. Having seven stacked objectives, four of which are proven to contain oil, also changes the risk profile of the well favourably for the Company. Additionally, it is a considerably larger prize than previous wells with 1.6 billion barrels of gross mean prospective potential, which is likely to be the biggest onshore target drilled by any company next year. And finally, after attracting a technically credible farm-in partner, there is third party industry validation of the prospectivity to the tune of US$23m, which should see 88 Energy fully carried through the drilling. A recent raise of $6.75m means that 88 Energy has over A$10m in the bank, which is more than enough to cover any potential overruns.

A rig has been contracted and major permits are in place. With the drilling of Charlie-1 scheduled to commence in February 2020 interest is likely to increase in the short time ahead. 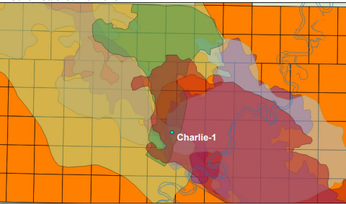 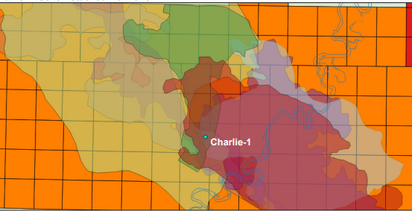 Building trust and positive sentiment with your marketing

Has your organization been chasing asset and process efficiency improvements?