THE pipeline races in the Northern Territory are heating up but the area is far closer to market than it was a dozen years ago when shale exploration first took off in the Beetaloo Sub-basin.

After a moratorium-driven hiatus so a scientific inquiry could be conducted, drilling has resumed and companies are chasing trillions of cubic feet of gas and hungry markets to the east and the north.

Wells have been drilled in the area since the 1970s. In fact, one of the first drilled in the Beetaloo itself was actually searching for zinc, not gas, leaving it to flow for several days, according to Armour chief Brad Lingo.

"It's been quite a remarkable journey. I started in the Australian gas industry 30 years ago and there was no free and fair trade of gas across state borders," he said.

"Gas is now lining all the eastern states including the Territory and it's the fastest growing export that Australia has."

Lingo would know. He joined Armour Energy last year and quickly began to revive its long-dormant Top End position, in addition to its producing fields in Queensland.

He has driven a demerger of those large frontier assets in the McArthur and South Georgina basins, spinning them into new vehicle McArthur Oil and Gas, which plans to join the Australian Securities Exchange early next year.

The problem for any highly prospective frontier area is getting its product to market and any commercialisation of the Beetaloo and wider NT requires an infrastructure build out.

There are two proposed pipelines to send gas to market. At the end of October Empire Energy and APA Group  signed a memorandum of understanding for a new Northern Territory pipeline that could transport gas from its Beetaloo Sub-basin position and add to the region's sparse infrastructure.

The pipeline would connect to APA''s Amadeus gas pipeline that goes to Darwin and would ideally be exported as LNG, as well as support domestic manufacturing.

This is the second proposed NT project to deliver essentially the same thing: Beetaloo gas to market as Singapore- and China-backed Jemana also has one in the pipeline.

It already operates the Northern Gas pipeline that goes to Queensland's Mount Isa.

"With the Inpex project, that's a Western Australian project that's got a world class pipeline coming into the Northern Territory," its chief executive of the Department of Primary Industry and Resources Alister Trier says

"Another significant pipeline is the Jemena pipeline that connects to the east coast.

"So again, we're part of the whole Australian story and not disconnected. And then we've got the Beetaloo."

McArthur's vast position is outside the Beetaloo, but still part of a large hydrocarbon province.

"Principally we're looking at the central and central northeast portion of the Northern Territory," Lingo says.

"The Northern Territory  is between two major export centres. Darwin and then export terminals in Queensland. This portion of the Territory might be remote but it's far more connected from an energy perspective today than ten years ago."

Two horse race for the Beetaloo 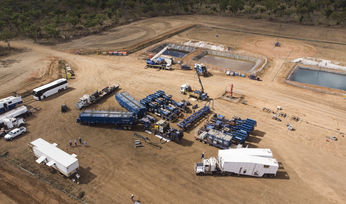 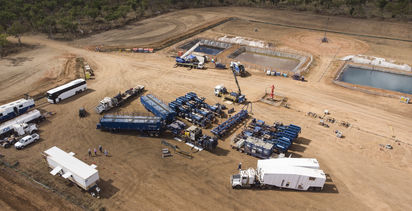