THE most recent Western Australian Gas Statement of Opportunity from the Australian Energy Market Operator shows a hole in domestic gas from 2025 then righted with Scarborough coming online in 2027.

The state is seen as the benchmark for lucid, forward thinking gas policy that promotes LNG development while keeping its major onshore manufacturers well supplied with gas via the 15% domestic gas reservation policy.

However, prices have risen 140% over the past year with spot prices at $5.30 per gigajoule, the highest price in near-eight years. While the spot market in WA isn't the best indicator given the market is dominated by long term contracts, it does show a rapidly changing market.

At the same time there have been four quarters of drawdowns from domestic gas storage facilities.

It all could have been so different.

An earlier Scarborough sanction and even a Browse sanction to keep the North West Shelf and the Karratha gas plant full could have seen a domestic gas market oversupplied and with low prices to the end of the decade. It would have been tremendous for buyers but likely hampered exploration and development, which in 2017 and 2018 was struggling to attract long term buyers to underpin a new plant to process gas from the Waitsia field.

Warrego Energy general manager of commercial Cathy McKeagney knows the story well, after stints at AWE then its eventual buyer Mitsui, where she was in charge of gas marketing.

She has since joined Warrego, which is pursuing the West Erregulla gas development with equal partner and operator Strike Energy. Both parties have separately contracted their gas for the first phase of production. The company also has a much larger acreage position to the north which is going through the last phases of permitting.

At AWE, when it was still AWE and owned half the Waitsia field, McKeagney told the Energy News Bulletin Perth Basin Roundtable that the company was "keen to get the development up on the back of the domestic market".

"Obviously after a few takeover offers we ended up in the hands of Mitsui, so I've spent a good year and a half or so, going on for two years, in Mitsui as well," she said.

"But I think the impact that that FID (final investment decision) has on the broader market, and maybe the - the rest of us here, is - I think it was a bit of a wake-up call for the domestic market because there are a lot of buyers in particular in the market who are very comfortable that Waitsia would never be exported, very comfortable about that indeed, and obviously there were quite a few buyers.

"In particular they were very surprised at the announcement that it was being exported, and - and I think our project (West Erregulla) has benefited from that.

"The domestic market shifted from late 2019 to a position where they were really of the view that the market's awash with gas, all of this potential or prospective onshore gas in the Perth Basin it will never be exported, to fast forward a few months, COVID hit, Browse is struggling, Waitsia is being exported.

"West Erregulla had obviously been discovered and now we've moved into an appraisal campaign through last year.

"It's fair to say buyers are knocking down the doors to support phase 2 because those buyers that were very, very comfortable got so comfortable that they're going to miss out on onshore gas."

Contrary to received wisdom, which Energy News believed as well, Mitsui never took AWE and the Waitsia field as a way to send gas to the LNG project it owns a share in. McKeagney said it wasn't part of their original plan, rather they were looking at the development as it stood, a 100 terajoule per day gas plant, shared with Lattice Energy.

"But the reality is the - the domestic market was feeling so comfortable - it wasn't of a mind to support the project because, even though onshore gas is cheap, it's low-cost gas compared to offshore, it's still expensive to build a new facility," McKeagney said.

Now, West Erregulla's new plant will be supplying the market Waitsia partners were once looking to, while in phase 2 Strike plans a urea plant to supply lower cost fertiliser to local farms

"The West Erregulla development will be producing about 9%  of the WA daily domestic gas," Strike managing director and CEO Stuart Nicholls said.

"So there's still a really ripe opportunity for those that are making discoveries at the moment, such as MinRes and Norwest, and Beach and Mitsui if they start getting their skates on and start drilling again, to put some more domestic gas volumes into the market."

This article is based on discussions during a special ENB roundtable discussion on the Perth Basin, held 23/11/2021 in Perth. 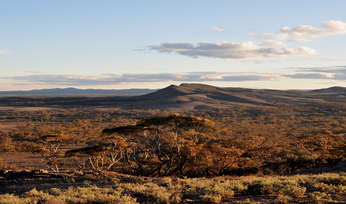 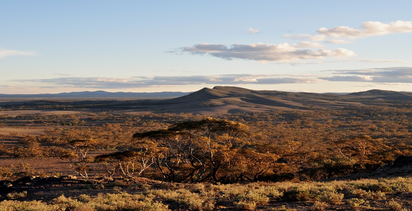 The next Perth Basin?

Podcast Series: Agility in Oil & Gas and why it's needed now more than ever