TENNANT Creek, a dusty town in the middle of nowhere known for big rocks balancing precariously on each other, could be transformed into a resources services hub after Northern Territory’s government consented to Jemena building the first 344km section of the Northern Gas Pipeline. 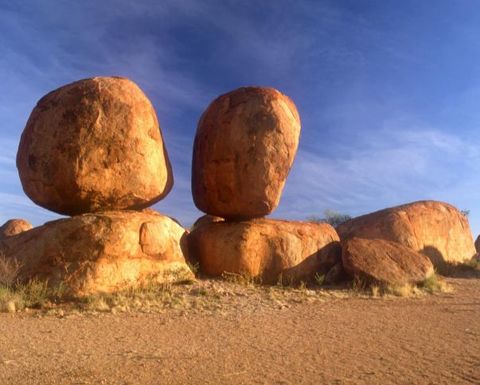 This follows consent to construct the Phillip Creek Station Compressor Station being awarded on May 2, and the traditional owners in the NT giving their approval for the NGP in March.
The move was timely given Jemena announced on June 2 that it had re-engaged McConnell Dowell to build the NT portion, having dropped the contractor after deciding to re-sequence the construction to start from Queensland to allow the Chinese-backed firm to finalise NT Native Title approvals.
However now that the TOs are on board and the NT has given both environmental and construction approval for its portion of the NGP, Jemena is set to begin construction any day in the Territory.
The move also effectively fast-tracks the state of construction, as Jemena's schedule once deciding on re-sequencing was to start building the Queensland end by the end of next month.
Energy News understands Jemena expects to announce the contractor to build the Queensland portion of the NGP within a fortnight, with discussions still underway with some pastoralists in the Sunshine State.
NT resources minister, former Territory cricketer Ken Vowles, said the NGP was one of the government's key platforms for the development of Tennant Creek, 508km up the Stuart Highway from Alice Springs, as a resources services centre to help develop the Top End.
He said the NGP would generate about 900 jobs during construction alone.
The government expects 240km of the pipe - which spans from 45km north-west of Tennant Creek to 113km west of the Queensland border - will be laid this year.
The NTP pipeline licence was granted on April 26, with consent to construct the pipeline being granted in stages.
Vowles said the government would continue to consider applications for the next construction stages and work through approval processes as part of its commitment to support the NGP's "appropriate and timely development". Santos to connect Spartan field to Varanus next year