PIPELINE developer Jemena has finally completed its much anticipated 622km Northern Gas Pipeline which will transport gas from the Northern Territory gas fields to Mount Isa in north-west Queensland. 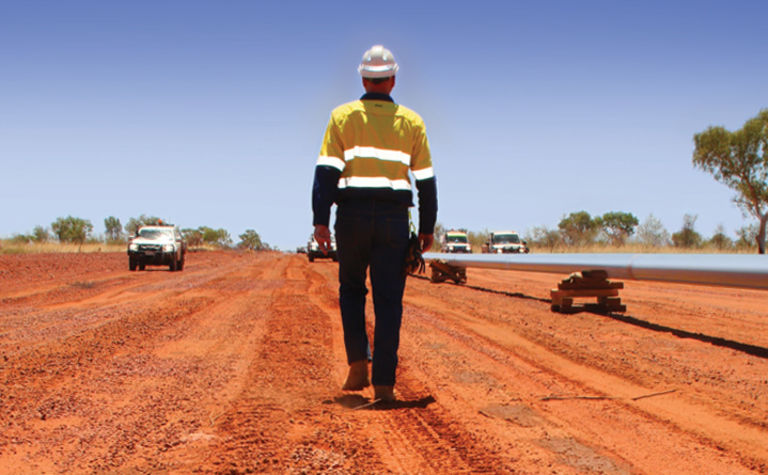 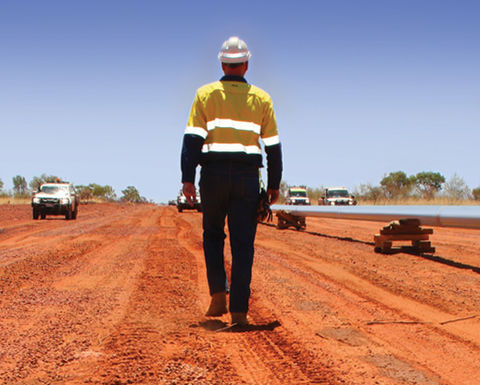 It has been four years since the Northern Territory government first commissioned the A$800 million pipeline, which now links Tennant Creek to Mount Isa, with construction beginning in July 2017.
The company won the tender for the project from the NT government in November 2015, and has been working around the NT's notorious wet seasons.
The pipeline completion is an important opportunity for gas producers like Central Petroleum which have been waiting to get their gas to the east coast domestic market.
Jemena managing director Frank Tudor said the completion of the project was "a significant step" towards ensuring east coast businesses and households had "the gas they need, when they need it."
"We know that the Northern Territory has enough gas to meet Australia's future supply needs for the next 200 years or more, and our pipeline is the crucial, missing, link that will connect this gas with Australian homes and businesses," Tudor said.
"Provided gas is proven as commercially viable in the Northern Territory, Jemena will be able to increase the NPG's capacity from around 90 terajoules a day to up to 700TJ/d. To put this in context, this is enough gas to meet the average daily gas needs of Sydney, Brisbane, and Adelaide combined."
"This investment is the answer to Australia's future gas needs," Tudor said.
At its initial capacity of 90TJ/d it will be supplying around 6% of eastern Australia's average daily gas use.
More than 33,000 pipeline sections were used to construct the link, connected by some 33,500 field joints which were welded, inspected and coated with a weld repair rate of less than 1%, a feat in itself.
The long-awaited pipeline is good news for Central Petroleum which has a long-term sales agreement with fertiliser manufacturer Incitec Pivot.
Central, the largest onshore gas producer in the NT with more than 56 million acres of gas leases in the territory, increased its 1P gas reserves by 65% to 134 petajoules and its 2P reserves to 169PJ while its 3P reserves stand at 205PJ.
Last month Central said the arrival of the pipeline would change its gas from stranded to available and change its outlook for its next quarterly report.
More broadly it is expected that the pipeline will encourage investor confidence for undeveloped acreage including Origin's Beetaloo Basin which the company said would be developed in 2019 following the lifting of the fraccing moratorium by the state government.
Today's announcement by Jemena was commended by the Australian Petroleum Production and Exploration Association, which said the pipeline was an example of the measures that industry was taking to build sustained supply.
"The pipeline connection between the Territory and Queensland means gas resources from the Timor Sea and onshore gasfields in the Beetaloo Basin and Central Australia will be able to be delivered to customers from Adelaide to Brisbane as well as regional areas such as regional Queensland which are significant users of gas," APPEA chief executive Malcolm Roberts said.
It has been a long and arduous journey to project completion for Chinese-Singaporean Jemena, which faced ongoing scrutiny by the Australian Taxation Office earlier this year and was also accused of exerting undue influence over the NT government.
Central Petroleum was up 3.6% on Jemena's announcement, trading at 14.5c per share. 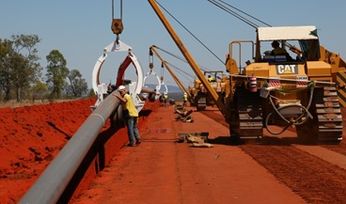 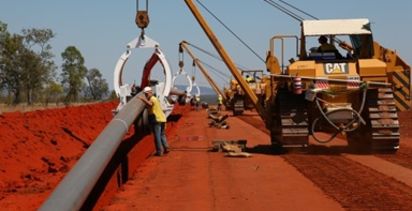