MORE than 20 years ago, former PNG Prime Minister Sir Julius Chan was moved to describe his country as a mountain of gold floating in a sea of oil, a description that is now attributed to various leaders. By BRIAN GOMEZ

The way things have been looking recently, this picturesque view seems to be looking more like reality.

Just this week, InterOil struck gas at its Elk-1 wildcat well in PNG’s Gulf Province. Gas started to flow under tremendous pressure just 2m after the company’s rig entered the zone of interest. It still has 600m to go.

Together with the adjoining Antelope structure, there is a total area of 46 square kilometres. Until this structure is drilled, possibly after some step-out wells at Elk, the experts will have to wait in anticipation to discover if there may be oil, gas or nothing in there.

But Elk itself, where InterOil had a pre-drill estimate of its potential at 3.8 trillion cubic feet, could be much larger, given the gas pressures and flows that have been witnessed.

It is also possible that it is underlain by an oil leg – something that laboratory testing on the wetness of the gas could indicate.

All this is excellent news for InterOil, which recently signed a memorandum of understanding with the PNG Government and two global partners for possible development of a liquefied natural gas project.

The Papuan Basin has been very sparsely drilled over the years. Yet this is where the country’s first ever officially recorded oil seeps were made – in 1911 near the Vailala River, south of the Elk discovery.

According to Stanley Pono, PNG coordinator for the Gulf of Papua exploration licensing round later this year, only about one exploration well has been drilled in every 1000sq.km.

With the massive Hides gas deposit and the operating oil fields in the Southern Highlands and now the Elk discovery – it is 16.5km east of the uneconomic Puri oil and gas discovery in 1959 –analysts can now only look at the Gulf of Papua and ponder how much oil and/or gas will be discovered there.

It is not a question anymore of whether there will be more discoveries to add to Pasca and Pandora but how much and when.

Meantime, the mineral explorers are working on some mega-size resources - over a billion tonnes of copper-gold at Frieda River and hundreds of millions of tonnes of copper-molybdenum at Yanderra.

Even some of the newcomers believe they have potential for massive discoveries that could have similarities to Ok Tedi and Porgera, or on the islands’ frontiers, to Lihir.

The pathways to these newer discoveries are also going to be that much clearer in the next few years.

On the oil front, both Oil Search and InterOil have stepped up their exploration considerably and a number of juniors are assessing various opportunities in a country where the wildcat success rate has been around 10%.

In addition, the Gulf of Papua round of exploration - Oil Search and Shell Exploration are early starters – will gather steam, possibly from 2008 onwards.

On the mining front, vast amounts of geophysical data will be made available in the next few years as a result of a major program funded by the European Union in its attempt to help PNG generate more economic wealth .

Picks up P2530 in 32nd UK Offshore Licensing Round 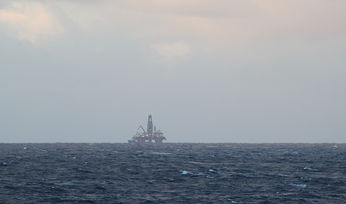 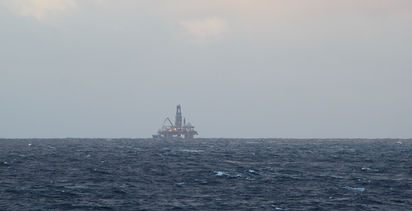