WITH the LNG glut pervasive and the market unwilling to accept huge chunks of additional capacity, Oil Search has presented an economic case for expanding PNG LNG that could render the proposed Papua LNG unnecessary, a long-tipped outcome of corporate manouvering in PNG. 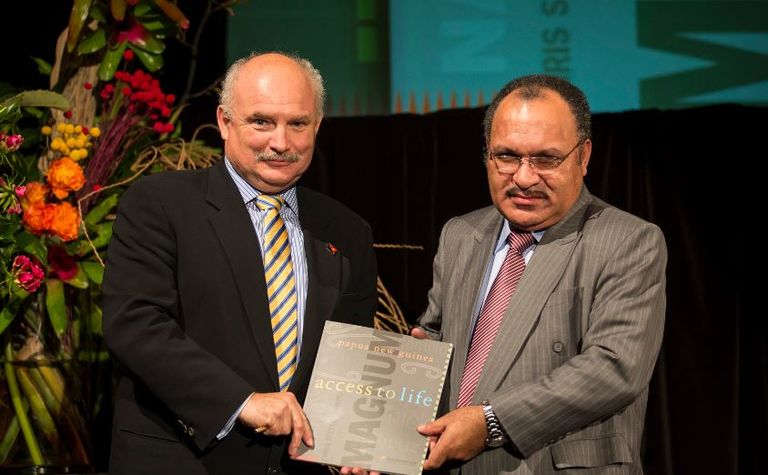 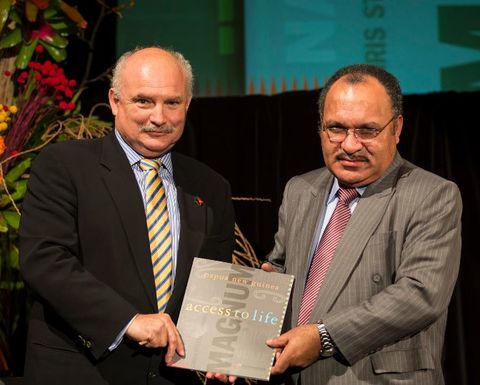 Oil Search owns 29% of the ExxonMobil-operated PNG LNG project and 22.8% of the Total-led Papua LNG development, which is co-owned by InterOil, which the US major is in the process of acquiring pending InterOil shareholder approval.

"A greenfields development for Papua LNG is highly unlikely based on the share of equity that will reside across the various projects at completion of the InterOil transaction with Exxon Mobil," Oil Search managing director Peter Botten told analysts on the company's first-half earnings call.

Botten spelled out his belief that there were enough gas resources in existing discovered gas fields to helpunderpin not only the proven extra capacity of the two existing PNG LNG trains but potentially three additional LNG trains if planned appraisal and exploration drilling come up as hoped.

"This confidence is based on our view that there is upside potential in the PNG LNG foundation fields, which will be verified by the recertification process of the Hides, Angore and Associated Gas fields presently underway, as well as approximately 10 trillion cubic feet of combined 2C undeveloped gas resource in the Elk-Antelope and P'nyang fields," Botten said.

He added that the total 2C resource in Elk-Antelope and P'nyang exceeded the 2C resource that underpinned the original PNG LNG Project development when that project was sanctioned in 2009.

InterOil shareholders are due to vote next month on whether to be taken over, a move Oil Search believes will pave the way for more definitive discussions on a framework for jointly developing PRL 15 and the P'nyang resource through an expansion of the existing PNG LNG facilities.

Oil Search presented an indicative timetable with ongoing Elk/Antelope and appraisal in the highlands area, most notably P'nyang South-2, and the Muruk-1 exploration well occurring in parallel with PRL15/PNG LNG integration negotiations.

The commercial framework could take a number of forms, including full unitisation of resources or a tariff model with separate upstream developments.

Final investment decision is targeted for late 2018, with first LNG by early 2023 - right when the LNG glut is widely expected to even out.

It is this potential that led RBC Capital Markets to continue to view Oil Search as a "rare, focused and quality growth play" in the sector despite the fact the Sydney-based oiler posted a net profit after tax of just $US25.6 million, a 90% fall from the year prior thanks to lower prices.

Oil Search also delivered a higher than expected dividend, which Macquarie Group said would be the "first of many" based on increasing volumes and revenue as well as further lowering of costs at PNG LNG.

The industry's recent record of value-creative collaboration on LNG projects is not exactly strong, particularly with Queensland's three Curtis Island plants developed virtually in parallel with few ties, and Pluto being built next door to the Karratha Gas Plant as a standalone development.

There have been notable recent successful cases of LNG collaboration in Qatar, Australia's main rival for the top spot on the LNG export table.

However, a new era appears to be dawning, triggered by Botten's own play for InterOil which prompted ExxonMobil to move on the fellow New York-listed player.

With ExxonMobil now firmly in play and Total willing to play ball by not counterbidding its US rival, RBC believes the prospects of collaboration in PNG are now "strong".

This is particularly prescient given the LNG market is no longer accepting large chunks of additional capacity over the medium-term.

"In our view, the LNG buyers' market currently means that only the fittest will survive," RBC's Ben Wilson said in a note to clients yesterday.

"Therefore the main participants (ExxonMobil, Total, Oil Search, the PNG government and Santos) have a strong incentive to seek out efficiencies as well as having time on their side both in terms of the LNG market but also from an equity market that is wary of companies making large, long-cycle capital investments."

The PRL15 JV is scheduled to drill Antelope-7 in the third quarter of 2016, with a target size of 1-2 trillion cubic feet.

Meanwhile, the PRL3 JV will drill P'nyang South-2 in the first half of 2017 with the aim of firming up 1C resources, which should pave the way for ExxonMobil to start LNG marketing.

Lurking in the background is a PNG general election in the next 12 months, and Wilson says there is a risk that some landowners and political opponents will generate noise that may negatively impact perceptions of PNG risk.

A group of landowners blocking the access to the PNG LNG project plant in Hides for nearly two weeks have only just agreed to end the protest following talks with a government team over the weekend.

Slugcatcher on the Oil Search rush, too far, too, fast?