WITH his speech yesterday to the National Press Club, Prime Minister Kevin Rudd has outlined his productivity plan for Australia. It will be interesting to see the meat on the bones of what Rudd announced.

He said he had met with the Business Council of Australia and the Australian Council of Trade Unions on four occasions over the past two weeks.

"The truth is if we are to drive a new national competitiveness agenda we need to have government, business and unions working as much as possible together - pushing in the same strategic policy direction for the overall wellbeing of our national economy," Rudd said.

"The discussions I have had in the past couple of weeks with both business and the unions have been useful in elaborating the possible content of a new national competitiveness agenda for Australia."

Seven areas of broad policy work have been noted.

The first is high electricity prices and in this regard Rudd is blaming national electricity regulation.

The others are addressing "unintended rigidities arising in the labour market"; business productivity; reducing red tape on business; education skills and training; infrastructure; and improving the lot of small business.

"The core of this new national competitiveness agenda must be a common agreement among us all that we must lift our annual productivity growth rate to 2% or better for the future," Rudd said.

Rudd, in some ways, seems to be painting himself as a latter-day Bob Hawke.

He already pulled off a Hawkesque stunt to seize the Labor leadership in the shadows of an election.

Hawke did that in early 1983 when he rolled Bill Hayden on his way to beating Malcolm Fraser in the election.

The differences between Rudd's Hawke-like ascension should be noted.

In 1983 Labor had been in opposition after eight years of Liberal rule.

Fraser had called an early election believing he would be facing then-Labor leader Bill Hayden so Hawke's rise took him by surprise.

This time around it is Rudd with his finger on the election trigger.

The change of Labor leadership has clearly caught the Liberals on the hop though.

Abbott is floundering against the Ruddslaught, with Kevin 747 racking up the air miles as he flies around the region.

The Liberals clearly need to come up with a new game plan but as yet have seemed unable to. 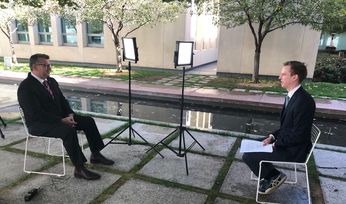 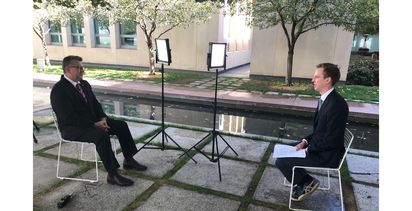 McDermott aims to push the limits of hydrogen storage