HAD Tony Abbott telegraphed his punches so well in his boxing days at Oxford, he would have been on the canvas before the echoes of the first round bell had disappeared. Budgets are different though, at least these days. So there was little shock from the Abbott government's first budget. As expected, there was a lot of pain to go around. As expected, we saw Treasurer Joe Hockey stick it to health and welfare. About $25.8 billion is being cut from health and social programs over four years.

However, industry commentators have cautiously welcomed the approach, although some are saying the budget was political suicide for Abbott.

The government has certainly realised that the resources boom has passed and that the flows to the coffers from mining and oil and gas projects are coming to an end.

In its place is about $125 billion in infrastructure investment to be triggered by a federal spend of $50 billion over the five years to 2019-20. That is expected to add about 1% to GDP each year.

That $125 billion is relatively small compared to what the oil and gas industry has embarked on, but noteworthy all the same.

For the oil and gas industry, the budget was largely benign, although some of its participants earning more than $180,000 a year might beg to differ.

After all, past and existing oil and gas investment has underpinned Australia's economic performance over the past five years. It will continue to provide an important stream of revenues for Australia when projects under construction start production.

It says the government has recognised the challenges before it - relatively weak productivity growth, falling terms of trade and an ageing population.

"Importantly, there are opportunities to continue to benefit from the rapid economic development that continues throughout the Asia Pacific," APPEA said in its budget response statement.

"We therefore need as a nation to increase our economy's competitiveness and attractiveness for global investment, and this means in investing in infrastructure, encouraging innovation and building capacity in the form of a skilled workforce.

"The oil and gas industry today is part way through an investment of about $200 million on seven LNG projects, peaking with investment in 2013-14 of more than $50 billion."

There are also tens of billions of dollars of projects under consideration.

The budget picks up on the importance of the sector, with Budget Paper No.1 saying "exports of LNG are expected to grow significantly by 2015-16 as the more advanced LNG projects begin production.

"By 2015-16 the value of LNG exports is expected to be roughly double its current level. This would see it surpass both thermal and metallurgical coal, currently Australia's second and third largest exports by value.

"Continued robust growth is also expected beyond the forecast years as additional projects come online, with Australia likely to overtake Qatar to become the world's largest LNG exporter before the end of the decade."

APPEA chief executive David Byers said the announcements in the budget spread the burden across all segments of the Australian community and the economy.

"There is no simple or single solution that will ensure that Australia captures a new wave of growth and prosperity," he said.

"Securing economic growth in an ongoing and sustainable manner will require us to focus as a nation on enhancing our productivity performance by removing unnecessary regulations, freeing up firms and workers to respond flexibly in a changing market and to promote a culture of innovation.

"The critical role that Australia's oil and gas industry can play is through investment in the next phase of projects currently under review.

"The ongoing challenge for the Australian government is to rein in spending, search for expenditure savings, impose budget discipline and unshackle Australia's productive sectors via vital reforms of the labour relations regulatory framework."

Part of the refining sector has also welcomed the budget.

Oil re-refiner Southern Oil had been concerned about the future of its business.

However, the Australian government lifted the oil recycling levy under the Product Stewardship for Oil from 5.5c per litre to 8.5c a litre and the benefit payments to re-recyclers remains the same.

Southern Oil managing director Tim Rose said the oil re-refining industry had been working hard for the past few months to ensure the scheme was not changed to its detriment.

"A recent report to the federal government had made recommendations to change the PSO, which would be a disaster for true oil re-refining, so we told the government loud and often about our concerns," Rose said.

"The budget outcome means re-refiners such as South Oil can continue to recycle lube oil and remove hundreds of thousands of greenhouse gas emissions from the Australian environment every year." 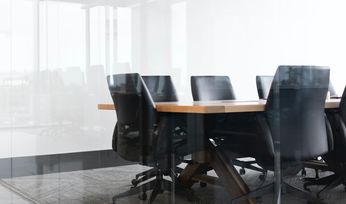