THE alternative government, the Australian Labor Party, has voted to support cuts to greenhouse gas emissions via a new cap and trade scheme and a new energy policy that aims for half of Australia's electricity to be generated by renewables by 2030, but a push for domestic gas reservation did not find support. 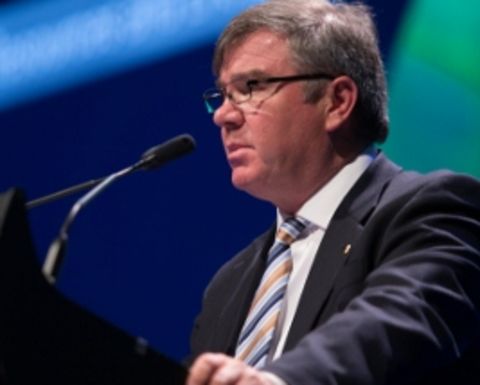 At the ALP national congress at the weekend a push by the Australian Workers Union failed to gain the support needed for a domgas reservation policy.

The AWU launched the Reserving our Gas campaign last year, saying manufacturers and households should not face skyrocketing gas prices, such as the 30% recently forecast by ANZ, given Australia's significant gas resources.

"Australians do not want to live in the only nation on earth that allows foreign gas companies to extract our gas and sell it back to us at the international price without restriction," AWU national secretary Scott McDine said in a statement late last week.

The AWU and the Construction, Forestry, Mining and Energy Union both supported the reservation plan, however it did not have the support of shadow resources minister and former Woodside Petroleum employee Gary Gray, who supports the APPEA line that a domgas reservation policy would impose costs on buyers and sellers.

The AWU warns that one in five heavy manufacturers will close by 2019 if Australia doesn't start reserving a portion of Australia's gas.

Domgas reservation has been supported by the unions, gas buyers and even Oil Search managing director Peter Botten, and would have committed Labor to ensuring the Australian community "maintain equitable access to Australia's abundant gas reserves and receives a fair return on the profits made from extracting our resources, while keeping our resources sector strong and sustainable into the future".

However, despite the combined union push Labor will instead look at introducing a new national interest test.

"Labor recognises that exporting Australia's natural gas is in the interests of all Australians when appropriately managed and balanced against domestic needs of both households and industry," the resolution said.

"Labor acknowledges the key role that natural gas will play in a clean energy future. For these reasons, in government Labor will introduce a national interest test to ensure that the government is satisfied that gas to be exported is in, and maximises, the national interest."

The AWU said the resolution was a "good platform to be able to work off" and expressed a hope it may decide if gas reservation would be appropriate on a project by project basis, although it is unlikely to be as strict as Western Australia's flat 15% requirement for domgas reservation.

Australian Petroleum Production and Exploration Association CEO Malcolm Roberts said Labor had made the right decision to reject a gas reservation, but said the oil patch has concerns that a national interest test that could be used to restrict LNG exports.

"Australia has a ‘once in a generation' opportunity to build a world-class gas industry. More than $200 billion worth of new export projects are underway despite intense competition from more than 20 other countries.

"The recent collapse in the international oil price is putting all gas development in Australia under pressure. Policies which undermine our global competitiveness and our ability to attract investment will compound this pressure.

"Australia cannot afford to increase sovereign risk and project costs if it wishes to convert its gas reserves into jobs, royalties and exports."

Roberts said the best policy response to concerns about domestic gas supply and rising prices lies in bringing more gas to market rather than discouraging investment and raising project costs.

"More gas, not more regulation, will put downward pressure on prices," he said.

"The priority must be removing unnecessary regulatory barriers that discourage the safe and timely development of new gas supply, particularly in Victoria and New South Wales."

The conference also supported a new agency to support workers in any climate change transition.

A new electricity modernisation strategy aims to recognise that electricity sector has been changing for decades with declining growth in electricity generation driven mainly by lower manufacturing output, increased energy efficiency and rooftop solar, but industry restructure planning has never been done well.

"With thermal electricity plants closing one by one, we need a clear focus on redeploying workers to jobs in the sector, including to remaining plants with continuous vacancies due to their age profile," CFMEU boss Tony Maher said.

The new agency would manage any transition and oversee redeployment, retraining and income support, and will examine where job losses may come from, and where workers skills are transferrable.

"The real danger is inaction. The Abbott government's plan is to rely on a misguided faith in the market, which will ultimately send workers to the scrapheap - just as it has in the automotive industry," Maher said.

"Our mining and energy workers who have fuelled this country's industrial and economic development deserve more than that and the CFMEU will ensure they get a fair go."

Bowen and Surat open for exploration 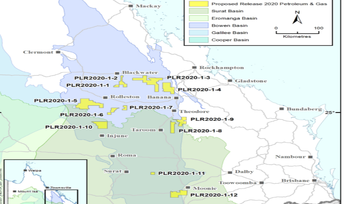 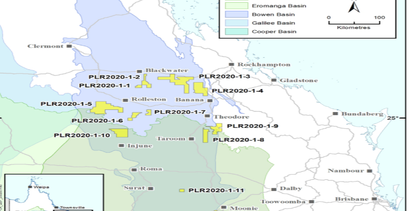