THE reliability of natural gas is being used as a political weapon to bury Labor, which has staked its energy policy on renewables both at a national and Territory level, with renewables-heavy South Australia's energy crisis thrown up as a ‘horror story' of what can go wrong when politicians go too hard, too early on clean energy. 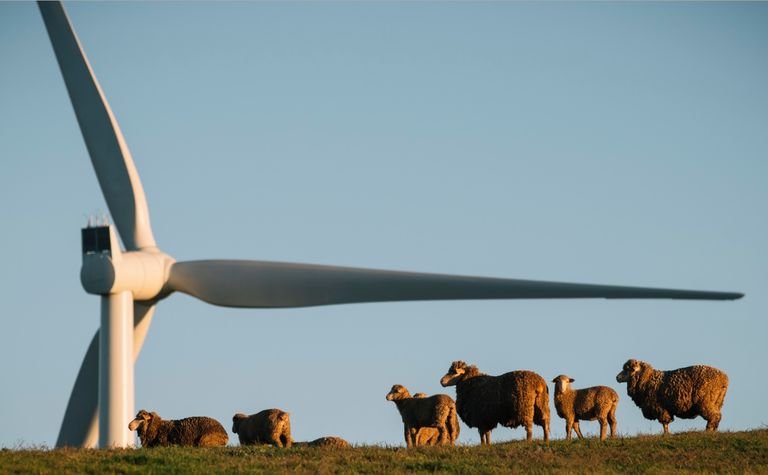 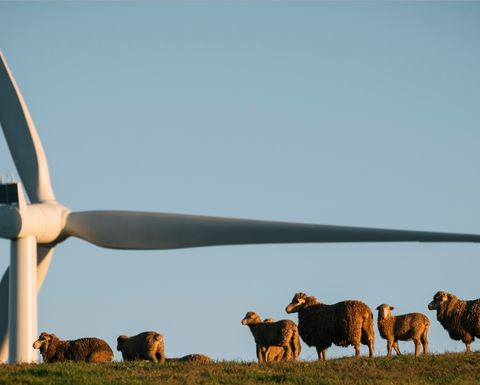 The federal ALP has pledged almost $100 million to get community renewable energy projects off the ground as part of its bid to shift half of Australia's generation capacity to green energy by 2030, by which time Northern Territory Labor wants half the NT's energy mix powered by renewables.

However, the legitimacy of wind as a saviour for climate goals and a key platform for Labor's energy policy has been undermined with claims that wind turbines used more energy than they generated during SA's recent power crisis, and there are fears those issues could infect the national electricity market.

With Tasmania also suffering similar issues this year, Grattan Institute head of energy policy Tony Wood said moves from Queensland and Victoria to follow SA's lead and shift to 40-50% renewables in their power mix would ramp up power prices and volatility in the network on the eastern seaboard.

When the coal-fired Northern Power station in Port Augusta was closed, SA Treasurer Tom Koutsantonis said it wasn't making money despite being "relatively cheap" power for the grid, and that renewable energy was cheaper.

However, it's only cheaper after taking into account the subsidies offered at renewable energy from the Renewable Energy Target and ignores the need for back-up capacity, as was painfully shown last week in SA.

In fact, negative spot prices were observed in 154 price intervals over that time, the second-highest level in five years.

However, the 40% chunk of the state's energy mix that renewables occupy means that when there's little to no wind, the consequences can be devastating.

The power price reportedly surged during calm weather on July 7, at the height of SA's power crisis, disrupting industry and sending alarm bells ringing across the country.

The NT's under-siege, pro-oil and gas industry Giles government is using it as leverage to hammer his Labor counterpart Michael Gunner, who has promised to ban fraccing should he win the NT's August 10 election.

Innes Willox, CEO of the Australian Industry Group, which in 2014 pleaded with the Victorian government to back both wind energy and CSG ahead of the state election, said SA's power crisis this month dealt a "serious blow" to energy users across the state and had disrupted supply chains upon which thousands of jobs depend.

"The real risk is if this volatility becomes the norm across the National Electricity Market," Willox said, according to The Australian.

"In June, electricity cost South Australia $133 per megawatt hour on average — already a high price. But since July 1, electricity prices have spiked above $10,000/MWh at times.

"Changes in the pattern of energy demand and the ongoing build-up of wind and solar make life increasingly difficult for ‘base-load' electricity generators across the country."

It has been claimed that the SA turbines' downtime on July 7 coincided with the state's NEM prices reaching nearly $14,000/MWh.

Reports have surfaced claiming that energy generation was in the red by 1pm as all the state's wind farms that had generated about 189.72MW between 6am and 7am ended up in deficit, with generation levels of minus-2MW.

Olympic Dam operator BHP Billiton admitted its operations and sustainability had been affected by the "security and reliability of power" - or lack thereof.

"This wouldn't be a problem if we still had a reasonable amount of baseload generation but we don't," a BHP spokesman said.

Ironically, the heavy reliance of renewables in SA has led the state to rely on electricity generated in Victoria from brown coal, and forced the state government to plead with the private owners of the mothballed gas-fired generator on the Port Adelaide River in Adelaide to fire up to make up the electricity shortfall.

Analysts fear that federal opposition leader Bill Shorten's target of 50% renewable energy could set the rest of the country on a path to a similar fate.

Meanwhile, NT Chief Minister Adam Giles used the commencement of a $75 million construction project at Owen Springs Power Station near Alice Springs to bash Labor, which he said had contributed to Australia's emerging energy crisis by "walking away from its previous support of the gas industry".

It wasn't always the case.

Giles indicated that, unlike SA, electricity prices would be lower in Alice Springs because it had fostered gas-powered generation rather than moving away from it.

Territory Generation's expansion of Owen Springs includes the installation of 10 gas engines and all associated mechanical, electrical and civil works.

"These efficiencies should see wholesale electricity prices in Alice Springs reduce by around 15-20%, which is great news for Central Australian businesses and households," Giles said.

Former NT Labor Treasurer Delia Lawrie told Parliament on August 8, 2011: "If you look at the next five years, $A billion dollars is expected to be spent on gas exploration ... we are positioning Darwin and the Territory as the northern resources hub for the oil and gas industry."

In light of these comments, Giles said Labor had wooed energy explorers to the NT, then "cut them loose", which had damaged the Territory's reputation as a good place to invest and do business.

He said Labor's policy to shut down the gas industry had already cost jobs in the exploration sector and would slash future revenue from royalties if Labor is elected.

"Labor has sold out workers to buy Green preferences," he said.

"Modelling by Territory Generation shows it would cost between $1.5 billion and $2 billion to build a solar PV power station with enough storage capacity to supply electricity to Alice Springs for a week when the sun isn't shining.

Giles said the Country Liberals support renewables as part of the Northern Territory's energy mix, but gas was still critical to ensure a cost effective and reliable base load of supply.

The ageing Ron Goodin Power Station in Alice Springs will be retired when the Owen Springs upgrade is completed, which Giles said would reduce carbon emissions by 15%.

Distributed solar the underdog this time at 29.5% 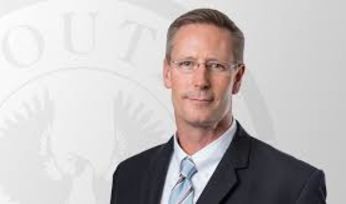 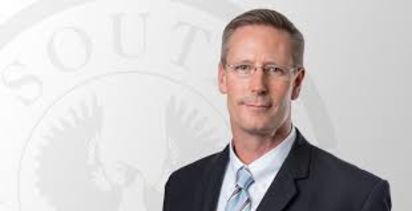