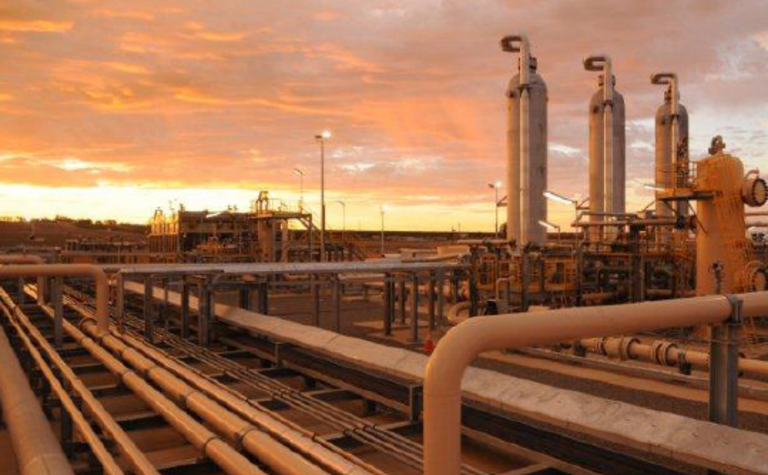 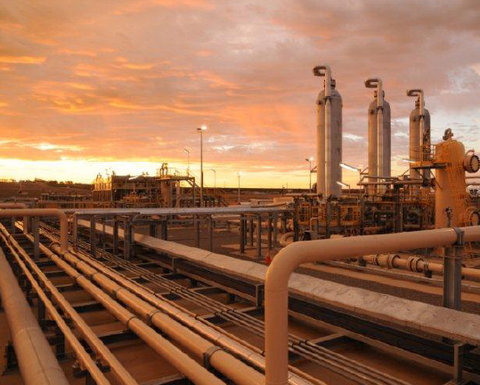 Frydenberg said it would concentrate too much critical infrastructure in foreign hands and is contrary to national interest.
It comes just after suggestions the decision could have been delayed into 2019.
Had the Foreign Investment Review Board approved the deal would still have had to have shareholder approval of 75%, and reports suggested retail investor unease with the proposed takeover.
CK offered $13 billion, or $11 per share for APA and the bid gained full backing from its directors for a "compelling" offer.
APA was approved to buy Western Australia's pipelines last year from Duet Group last year for A$7.4 billion, and in the event of FIRB approval CK had agreed to divest its WA asset.
The Australian Consumer and Competition Commission agreed to the transaction on that basis, but it said concentration of foreign ownership was outside its mandate.
The APA decision comes the same week as Victoria somehow bypassed Canberra to sign up to China's huge Belt and Road Initiative on its own, with a memorandum of understanding still not made public.
That decision has been widely criticised for its own national security implications - Canberra has only agreed to the BRI on a project-by-project basis and is deeply sceptical of possible debt traps - and for Premier Daniel Andrews' naivety.
Frydenberg's predecessor Scott Morrison, now Prime Minister, earlier rebutted a bid by the Hong Kong-based CK in 2016 for New South Wales poles and wires company AusGrid for the same reason: worries over too critical infrastructure in foreign hands.
More recently Huawei was prevented from bidding on Australia's 5G network.
Many in the Coalition had spoken against the proposed acquisition, with ex-deputy prime minister Barnaby Joyce throwing his Akubra into the ring the other week suggesting that many MPs had concerns but were too worried over Australia's wider relationship with China to speak out.
He also saw Beijing's increasing influence in Hong Kong, where CK is based, as an issue, whereas previously he would have welcomed investment from the former British colony.
Minority party the Centre Alliance - formerly led by South Australian senator Nick Xenophon - has followed its founder's distrust of foreign investment and welcomed the decision with senator Rex Patrick saying the proposed transaction set "set off alarm bells" from the beginning.
Canberra's legion of China sceptics, from the nuanced to neophyte, will no doubt see it as a reaction against Beijing, something the measured Frydenberg was at pains to avoid in yesterday's statement delivered after the market closed.
The acquisition "would be contrary to the national interest," Frydenberg wrote yesterday.
"I have formed this view on the grounds that it would result in an undue concentration of foreign ownership by a single company group in our most significant gas transmission business."
He will make a final decision under the formal process within two weeks.
A whole-of-government assessment was undertaken with consultation with FIRB and the Critical Infrastructure Centre which the treasurer calls "key sources of advice".
FIRB was unable to reach consensus, he said, "expressing its concerns about aggregation and the national interest implications of such a dominant foreign player in the gas electricity sectors over the longer term".
APA holds 56% of Australia's overall gas pipeline system, with 74% in New South Wales and Victoria, and 64% in the Northern Territory and supplies gas for power generation in all capital cities and for LNG exports.
Australia's other large pipeliner Jemena, building the Northern Gas Pipleine, is 60% owned by China State Grid, though this was not listed as a factor in Frydenberg's reasoning.
The application of foreign investment policy was not discriminatory against any investor or country, Frydenberg said, and the government welcomed CK's investments in Australia and its "broader contribution to the Australian economy".
Australia will continue to welcome foreign investment not contrary to national interest, he said.
The top five investors in Australia are the United States, the UK, Belgium, Japan and Hong Kong, with the Department of Foreign Affairs and Trade saying that "Chinese investment in Australia have grown significantly over the past decade".
Hong Kong is listed as a ‘special autonomous region' of China. Mainland Chinese investment comes in at number nine.
If the question comes up in Beijing, Payne is likely to stick to the script drafted by Frydenberg and though it may be a hurdle to the diplomatic ‘reset' China knows its trading partner well enough to understand the decision.
She will likely spend more time discussing the Pacific as Morrison has just announced a huge spend in the Pacific, a region where Australia largely sees itself as the local superpower with a $2 billion infrastructure fund, $1 billion in boosted export assistance and more work across sport, security and culture.
It is widely seen as a move to counter growing Chinese influence in an area Australia tends to take for granted. 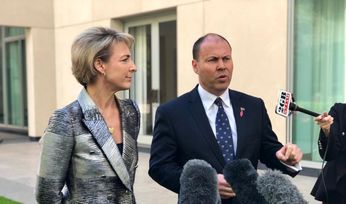 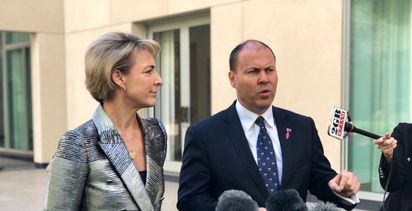 Tis the season: CKI lobs $13B bid at APA