The comments come as a senior Australian climate expert has rebuked Kean's federal equivalent for dismissing rising national greenhouse gas emissions.
Speaking at a Committee for Economic Development of Australia conference last week, Kean said it was time for a new Australian approach to energy and climate policy to address practical constraints facing the national electricity system, harness the benefits of competitive markets and acknowledge that government was the ultimate guarantor of electricity supply.
He said the people of NSW expected the lights to stay on, power costs to start falling and decisive and responsible action to be taken on climate change.
Kean said political "climate wars" of successive federal governments had pitted ideology and populism against scientific traditions.
While acknowledging that most remaining coal-fired power stations would close and be replaced by renewables over the next 20 years, he said any upgrades to coal generation occurring in the meantime would not signal the fight against climate change was being abandoned, only managed through a transition process.
Kean said new NSW energy policy would be based on several principles: allowing markets to discover efficient solutions to problems; striving to make the state the easiest jurisdiction in the OECD to develop new electricity infrastructure; ensuring the electricity system could not fail; and ensuring the people of NSW received long-term benefits from advances in technology and the energy transition.
He said the NSW government continued to support the National Energy Guarantee, which contributed to the downfall of Prime Minister Malcolm Turnbull, largely as a result of the ideological battles Kean had criticised.
While the future of federal energy and climate policy remains in limbo following the recent election, federal energy minster Angus Keen raised eyebrows last week in dismissing a finding that Australia's greenhouse gas emissions had risen for a third straight year.
A government report cited increased emissions from a 22.2 per cent spike in LNG for export as a primary reason for a 0.8 per cent spike in emissions in the December quarter.
Taylor acknowledged this contribution but highlighted how rising exports of Australian LNG substituting for coal abroad could improve the global greenhouse ledger.
Leading Australian climate scientist Bill Hare has challenged Taylor's claims that Australia's total LNG exports had potential to lower emissions in importing countries by around 148 million tonnes of carbon dioxide equivalent in 2018.
"Government claims that Australia's LNG exports are reducing emissions globally are grossly exaggerated and, depending on the real level of methane leakages, reservoir CO2 venting and losses, and where the LNG is coming from in Australia, likely to be wrong," Hare said.
Prominent climate change activist Al Gore also told a Brisbane conference on Friday that Australia is at a crossroads with renewable energy, and risks missing out on the opportunity to capitalise on it by doggedly pursuing fossil fuels.

An end to the climate war in sight? 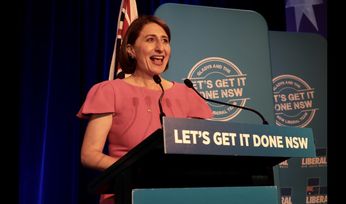 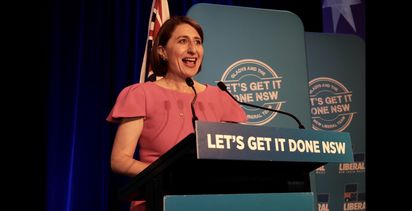 As bushfires continue, government climate, energy policies under the microscope